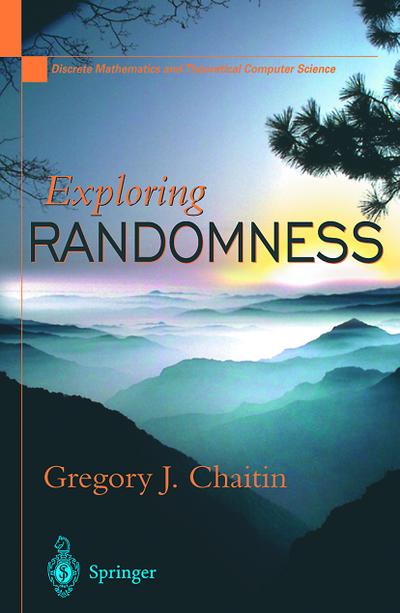 This essential companion volume to CHAITIN's highly successful books The Unknowable and The Limits of Mathematics, also published by Springer, presents the technical core of his theory of program-size complexity, also known as algorithmic information theory. (The two previous volumes are more concerned with applications to meta-mathematics.) LISP is used to present the key algorithms and to enable computer users to interact with the author's proofs and discover for themselves how they work.
I Introduction.- Historical introduction-A century of controversy over the foundations of mathematics.- What is LISP? Why do I like it?.- How to program my universal Turing machine in LISP.- II Program Size.- A self-delimiting Turing machine considered as a set of (program, output) pairs.- How to construct self-delimiting Turing machines: the Kraft inequality.- The connection between program-size complexity and algorithmic probability: H(x) = ? log2P(x) +O(1). Occam's razor: there are few minimum-size programs.- The basic result on relative complexity: H(y?x) = H(x,y)-H(x)+O(1).- III Randomness.- Theoretical interlude-What is randomness? My definitions.- Proof that Martin-Löf randomness is equivalent to Chaitin randomness.- Proof that Solovay randomness is equivalent to Martin-Löf randomness.- Proof that Solovay randomness is equivalent to strong Chaitin randomness.- IV Future Work.- Extending AIT to the size of programs for computing infinite sets and to computations with oracles.- Postscript-Letter to a daring young reader.