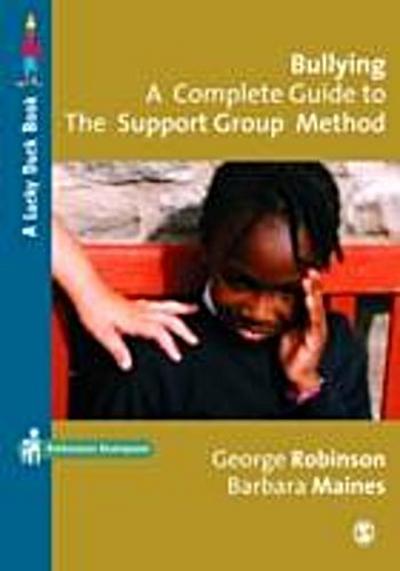 Bullying: A Complete Guide to the Support Group Method

The No Blame/Support Group Approach to bullying from Barbara Maines and George Robinson is a non-punitive and problem solving method which has been refined and developed during the last 15 years and is now used successfully around the world. This book covers the research that supports the method, and the more recent controversy surrounding it. It also includes accounts from teachers, psychologists and parents describing their experiences using the method with children and young people in both primary and secondary settings.
Previously referred to as the No Blame Approach, the pioneering work of George and Barbara has been popular amongst practitioners seeking an alternative method to punishment for dealing with bullying in their setting. This publication incorporates an updated edition of their best selling ′Crying for Help′ and provides a clear practical guide and an explanation of the theory and values underpinning the work.

For those who are interested in understanding, using and evaluating the method this book:

- Charts the recent controversy over the approach

- Gives step by step guidance on using the SGM

- Includes real life accounts from a practitioner using the method


The publication includes George and Barbara′s submission to the House of Commons Education Select Committee and a research report provided by Professor Peter K Smith who was commissioned to evaluate the use of the method.

2 - Introducing the No Blame Approach

3 - Bullying in schools and society

4 - The frequency of bullying in schools

8 - What is the No Blame Approach?

11 - Promoting the No Blame Approach