Key Thinkers on Space and Place 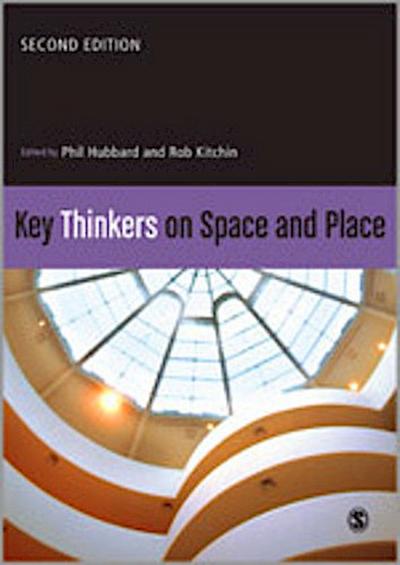 Rob Kitchin is a professor and ERC Advanced Investigator in the National Institute of Regional and Spatial Analysis at the National University of Ireland Maynooth, for which he was director between 2002 and 2013. He has published widely across the social sciences, including 23 books and 140 articles and book chapters. He is editor of the international journals, Progress in Human Geography and Dialogues in Human Geography, and for eleven years was the editor of Social and Cultural Geography. He was the editor-in-chief of the 12 volume, International Encyclopedia of Human Geography, and edits two book series, Irish Society and Key Concepts in Geography. He is currently a PI on the Programmable City project, the Digital Repository of Ireland, and the All-Island Research Observatory.

He has delivered over 100 invited talks at conferences and universities and his research has been cited over 600 times in local, national and international media. His book 'Code/Space' (with Martin Dodge) won the Association of American Geographers 'Meridian Book Award' for the outstanding book in the discipline in 2011 and a 'CHOICE Outstanding Academic Title 2011' award from the American Library Association. He was the 2013 recipient of the Royal Irish Academy's Gold Medal for the Social Sciences.

In this latest edition of Key Thinkers on Space and Place , editors Phil Hubbard and Rob Kitchin provide us with a fully revised and updated text that highlights the work of over 65 key thinkers on space and place. Unique in its concept, the book is a comprehensive guide to the life and work of some of the key thinkers particularly influential in the current 'spatial turn' in the social sciences.

Providing a synoptic overview of different ideas about the role of space and place in contemporary social, cultural, political and economic life, each portrait comprises:

Biographical information and theoretical context.
An explication of their contribution to spatial thinking.
An overview of key advances and controversie.
Guidance on further reading.
With 14 additional chapters including entries on Saskia Sassen, Tim Ingold, Cindi Katz and John Urry, the book covers ideas ranging from humanism, Marxism, feminism and post-structuralism to queer-theory, post-colonialism, globalization and deconstruction, presenting a thorough look at diverse ways in which space and place has been theorized.