Peacemaking and Peacebuilding in South Africa 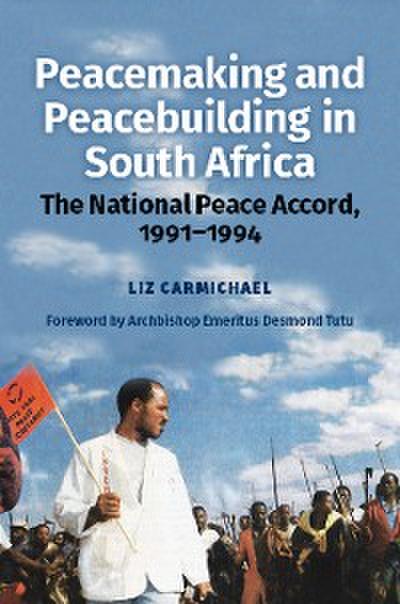 Examines the creation and implementation of South Africa's National Peace Accord and this key transitional phase in the country's history, and its implications for peace mediation and conflict resolution.
It is now 30 years since the National Peace Accord (NPA) was signed in South Africa, bringing to an end the violent struggle of the Apartheid era and signalling the transition to democracy. Signed by the ANC Alliance, the Government, the Inkatha Freedom Party and a wide range of other political and labour organizations on 14 September 1991, the parties agreed in the NPA on the common goal of a united, non-racial democratic South Africa, and provided practical means for moving towards this end: codes of conduct for political organizations and for the police, the creation of national, regional and local peace structures for conflict resolution, the investigation and prevention of violence, peace monitoring, socio-economic reconstruction and peacebuilding.
This book, written by one of those involved in the process that evolved, provides for the first time an assessment and in-depth account of this key phase of South Africa's history. The National Peace Campaign set up under the NPA mobilized the 'silent majority' and gave peace an unprecedented grassroots identity and legitimacy. The author describes the formulation of the NPA by political representatives, with Church and business facilitators, which ended the political impasse, constituted South Africa's first experience of multi-party negotiations, and made it possible for the constitutional talks (Codesa) to start. She examines the work of the Goldstone Commission, which prefigured the TRC, as well as the role of international observers from the UN, EU, Commonwealth and OAU. Exploring the work of the peace structures set up to implement the Accord - the National Peace Committee and Secretariat, the 11 Regional Peace Committees and 263 Local Peace Committees, and over 18,000 peace monitors - Carmichael provides a uniquely detailed assessment of the NPA, the on-the-ground peacebuilding work and the essential involvement of the people at its heart. Filling a significant gap in modern history, this book will be essential reading for scholars, students and others interested in South Africa's post-Apartheid history, as well as government agencies and NGOs involved in peacemaking globally.
Foreword by Archbishop Desmond Tutu


PART ONE: Peacemaking, Peacebuilding, and the South African Conflict

6 Deadlock and the President's Summit

8 Negotiating the National Peace Accord: the Process

9 Negotiating the National Peace Accord: the Agreements

12 National Peace Secretariat: Getting to Grassroots

17 Building Peace in the Regions II: the Cape, OFS, and Transvaal

19 The Police Board, Community Policing, CPFs

20 A Role in Future Peacebuilding?