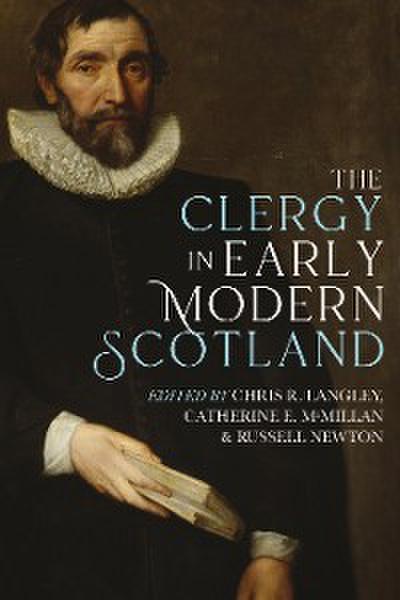 The Clergy in Early Modern Scotland

A nuanced approach to the role played by clerics at a turbulent time for religious affairs.
From the early percolation of Protestant thought in the sixteenth century through to the controversies and upheaval of the civil wars in the seventeenth century, the clergy were at the heart of religious change in Scotland. By exploring their lived experiences, and drawing upon historical, theological, and literary approaches, the essays here paint a fresh and vibrant portrait of ministry during the kingdom's long Reformation. The contributors investigate how clergy, as well as their families and flocks, experienced and negotiated religious, social, and political change; through examination of both wider themes and individual case studies, the chapters emphasise the flexibility of local decision-making and how ministers and their families were enmeshed in parish dynamics, while also highlighting the importance of clerical networks beyond the parish. What emerges is a ministry that, despite the increasing professionalisation of the role, maintained a degree of local autonomy and agency. The volume thus re-focuses attention on the early modern European ministry, offering a multifaceted and historically attuned understanding of those who stood at the forefront of Protestant reform.
Introduction

1. Exhortations and Expectations: Preaching about the Ideal Minister in Post-Reformation Scotland

2. Ministers and the Bible in Early Modern Scotland

6. Pastors in Search of a Congregation: Clerical Calls for Reform Before 1546

7. 'Doctrein' or 'Filthie Speachis'? The St Andrews Ministers and the Politics of the 1590s

9. 'Gryt Abuse is Found in this Toune': James Sharpe and Moral Reformation in South Leith, 1639-45