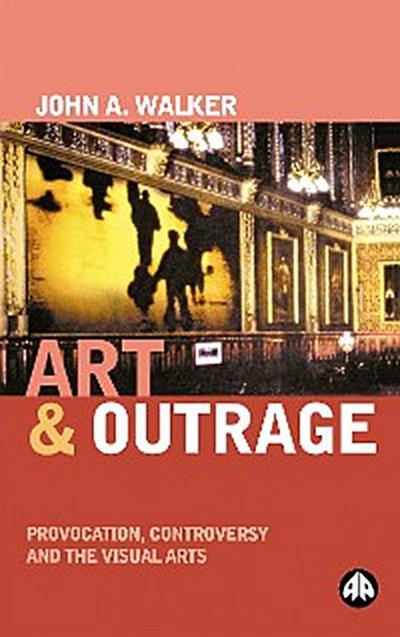 A detailed survey of the most prominent cases of scandalising art
When art hits the headlines, it is usually because it has caused offence or is perceived by the media to have shock-value. Over the last fifty years many artists have been censored, vilified, accused of blasphemy and obscenity, threatened with violence, prosecuted and even imprisoned. Their work has been trashed by the media and physically attacked by the public.


In Art & Outrage, John A. Walker covers the period from the late 1940s to the 1990s to provide the first detailed survey of the most prominent cases of art that has scandalised. The work of some of Britain’s leading, and less well known, painters and sculptors of the post-war period is considered, such as Richard Hamilton, Bryan Organ, Rachel Whiteread, Reg Butler, Damien Hirst, Jamie Wagg, Barry Flanagan and Antony Gormley. Included are works made famous by the media, such as Carl Andre’s Tate Gallery installation of 120 bricks, Rick Gibson’s foetus earrings, Anthony-Noel Kelly’s cast body-parts sculptures and Marcus Harvey’s portrait of Myra Hindley.

Walker describes how each incident emerged, considers the arguments for and against, and examines how each was concluded. While broadly sympathetic to radical contemporary art, Walker has some residual sympathy for the layperson’s bafflement and antagonism. This is a scholarly yet accessible study of the interface between art, society and mass media which offers an alternative history of post-war British art and attitudes.

15. 1977: Hayward Annual savaged by Critics and a TV Journalist.

16. 1979: The Arts Council, Censorship and the Lives Exhibition.

38. 1998: An Angel descends on the North and divides the Community.