The End of Jewish Modernity 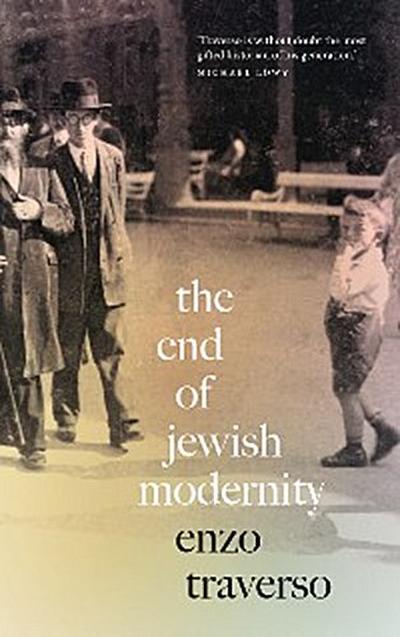 A provocative take on Jewish history, explaining the metamorphoses of mainstream Jewish culture and politics
Has Jewish modernity exhausted itself? Flourishing between the age of Enlightenment and the Second World War, the intellectual, literary, scientific and artistic legacy of Jewish modernity continues to dazzle us, however, in this provocative new book, esteemed historian Enzo Traverso argues powerfully that this cultural epoch has come to an end.


Previously a beacon for critical thinking in the Western world, the mainstream of Jewish thought has, since the end of the war, undergone a conservative turn. With great sensitivity and nuance, Traverso traces this development to the virtual destruction of European Jewry by the Nazis, and the establishment of the United States and Israel as the new poles of Jewish communal life. This is a compelling narrative, hinged upon a highly original discussion of Hannah Arendt's writings on Jewishness and politics.

With provocative chapters on the relationship between antisemitism and Islamophobia, the ascendance of Zionism, and the new 'civil religion of the Holocaust', The End of Jewish Modernity is both an elegy to a lost tradition and an intellectual history of the present.

1. What Was Jewish Modernity?

3. Intellectuals between Critique and Power

4. Between Two Epochs: Jewishness and Politics in Hannah Arendt

5. Metamorphoses: From Judeophobia to Islamophobia

6. Zionism: Return to the Ethnos

7. Memory: The Civil Religion of the Holocaust