Oxi: An Act of Resistance 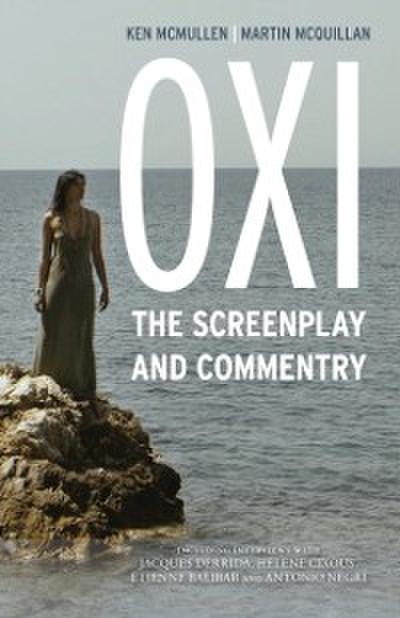 
Oxi (Gr. Determiner, lit. ‘No’, fig. ‘Resistance’, pronounced ‘ochi’) retells Sophocles’ Antigone through the contemporary Greek crisis and modern European philosophy. A collaboration between the renowned British auteur Ken McMullen and the literary theorist Martin McQuillan, the film draws upon and responds to the importance of the Antigone of modern thought (Hegel, Arendt, Lacan, Derrida, Butler), while coming up close to the politics of the street and the malign effects of the austerity experiment in Greece today.

The screenplay weaves together a range of idioms, including performance, fiction, documentary, interview and literary collage. The result is an intensely moving reflection on the tragedy of austerity today, with contributions from Hélène Cixous, Etienne Balibar and Antonio Negri, as well as several significant figures in Greek cultural life. The volume includes full transcripts of the interviews with Cixous, Balibar and Negri, and a previously unpublished interview with Jacques Derrida on the question of Oedipus, as well as critical commentary from the filmmakers.


VI Kostas Vaxevanis: ‘Europe is neither the dream of Mrs. Merkel, nor the dream of the Bundesbank’. / Whatever Still Remains, Richard Wilson / Filmography / Index / Notes on Contributors