Contemporary Protest and the Legacy of Dissent 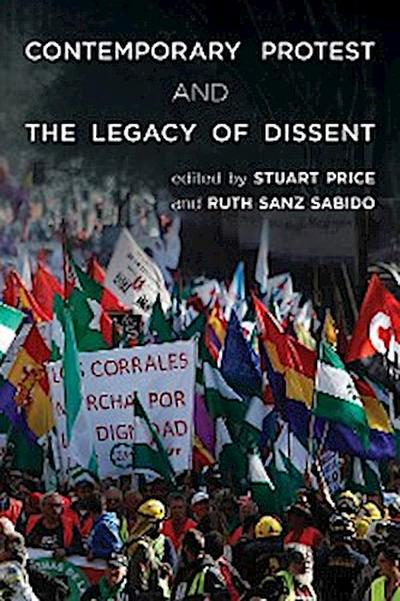 Contemporary Protest and the Legacy of Dissent offers an insight into modern European protest movements, focusing on the strategies, activities, and developments associated with the current wave of public dissent.
Contemporary protest, often presented in media forms as a dramatic ritual played out in an iconic public space has provided a potent symbol of the widespread economic and social discontent that is a feature of European life under the rule of “austerity.” Yet, beneath this surface activity, which provides the headlines and images familiar from mainstream news coverage, lies a whole array of deeper structures, modes of behavior, and forms of human affiliation.

Contemporary Protest and the Legacy of Dissent offers a vibrant and insightful overview of modern protest movements, ideologies, and events. Written by academics and activists familiar with the strategies, values, and arguments of those groups and individuals responsible for shaping the modern landscape of protest, it reveals the inside story of a number of campaigns and events. It analyzes the various manifestations of dissent—on and offline, visible and obscure, progressive and reactionary—through the work of a number of commentators and dedicated “academic activists,” while reassessing the standard explanatory frameworks supplied by contemporary theorists. In doing so, it offers a coherent account of the range of academic and theoretical approaches to the study of protest and social movements.