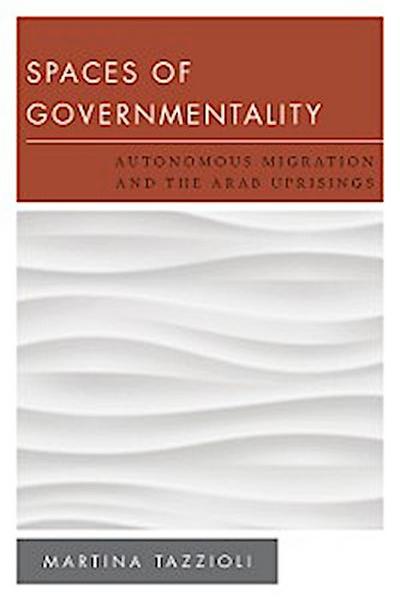 This book explores migrants’ movements and struggles taking place in the aftermath of the Arab Revolutions and examines how they impact the European space.


Much work has been done on the causes and characteristics of the Arab Spring, but relatively little research has examined the political and spatial consequences that have developed following the uprisings.


This book engages with the ways in which spaces in Southern Europe and Northern Africa have been negotiated and transformed by migrants in the wake of the uprisings, showing that their struggles are a continuation of their political movement. Drawing on an innovative countermapping approach, based on radical cartography, Martina Tazzioli illustrates the spatial upheavals caused by migration in the Mediterranean and the transformations created by migration controls applied by European nations. With critical insight on the application of Foucault’s concept of governmentality to migration studies, exploration of a reconfigured theory of autonomy of migration and discussion of the politics of invisibility that underpins migration, this book sheds new light on the enduring struggles that follow the Arab Spring.