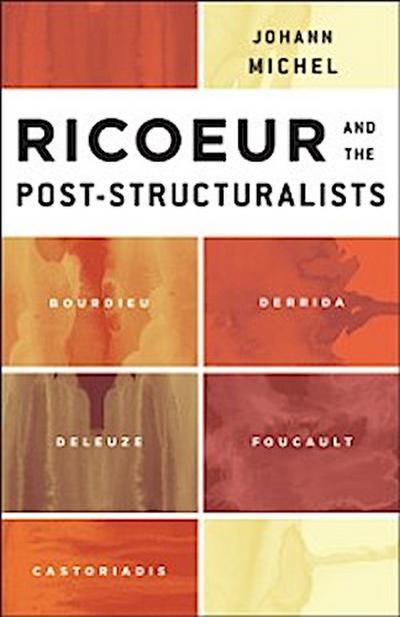 Ricoeur and the Post-Structuralists

In this book, a world-leading Ricoeur scholar examines Ricoeur's philosophy in relation to other major figures in contemporary French philosophy including Bourdieu, Derrida, Deleuze, Foucault, and Castoriadis.

In this important and original book, Johann Michel paves the way for a greater understanding of Paul Ricoeur's philosophy by exploring it in relation to some major figures of contemporary French thought—Bourdieu, Derrida, Deleuze, Foucault and Castoriadis.


Acknowledgments / Translators Note / Preface / Introduction / 1. Habitus, Narrative, and The Promise / 2. The Sense of Excess: A Hegelianism With Reserves. / 3. Outside the Subject and Becoming a Subject / 4. The Care of the Self and Care for Others. / 5. The Imagination and Institutions. / Conclusion / Bibliography / Index