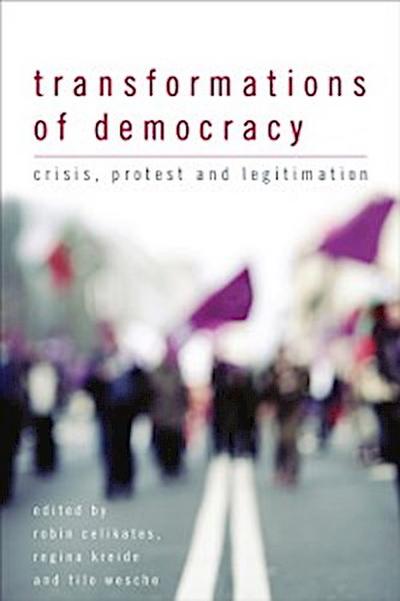 This book interrogates whether recent global protests and civil disobedience are transforming the way we understand contemporary democracy as an institutional system.
Is democracy in crisis? On the one hand, it seems to be decaying under the leadership of political elites who make decisions behind closed doors. On the other hand, citizens are taking to the streets to firmly assert their political participation across the globe.

Drawing on a range of theoretical and empirical perspectives, this collection examines the multiple transformations which both the practice and the idea of democracy are undergoing today. It starts by questioning whether there is a crisis of democracy, or if part of this crisis lies in the inadequacy of social and political theory to describe current challenges. Exploring a range of violent and non-violent forms of resistance, the book goes on to ask how these are related to the arts, what form of civility they require and whether they undermine the functioning of institutions. In the final section of the book, the contributors examine the normative foundations of democratic practices and institutions, especially with regard to the tension between human rights and democracy and the special character of democratic authority.