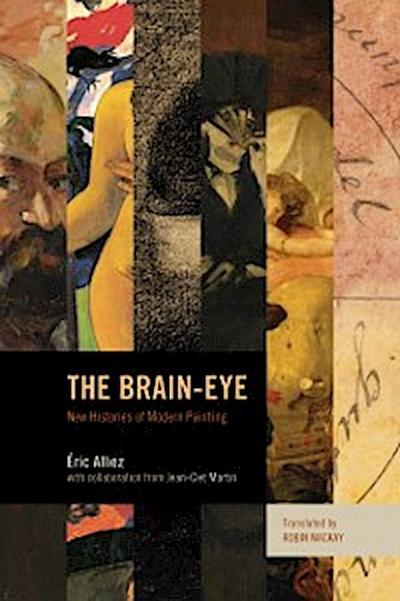 English-language translation of a major work by French philosopher Eric Alliez, in which he offers a new perspective on critical problems in modern aesthetics.


A detailed and inventive study of the thinking at work in modern painting, drawing on a formidable body of scholarly evidence to challenge modernist and phenomenological readings of art history, The Brain-Eye presents a series of interlinked ‘case studies’ in which philosophical thought encounters the hallucinatory sensations unleashed by ‘painter-researchers.’

Rather than outlining a new ‘philosophy of art,’ The Brain-Eye details the singular problems pursued by each of its protagonists. Striking readings of the oeuvres of Delacroix, Seurat, Manet, Gauguin, and Cézanne recount the plural histories of artists who worked to free the differential forces of colour, discovered by Goethe in his Colour Theory, in the name of a “true hallucination” and of a logic proper to the Visual.


A rigorous renewal of the philosophical thinking of visual art, The Brain-Eye explores the complex relations between concept and sensation, theory and practice, the discursive and the visual, and draws out the political and philosophical stakes of the aesthetic revolution in modern painting.

Translator’s Preface / Epigraph / Note to the Viewer-Reader / Acknowledgements / Introduction / Chapter 1: 19 June 1799—The Goethe-Transformation / Chapter 2: Delacroix and the Massacre of Painting / Chapter 3. On the New Path of the Contemporary: The Manet Plane / Chapter 4. Grey Times on La Grande Jatte (The Extraterrestrial/Seurat/The Machine-Eye) / Chapter 5. Gauguin, or the Eye of the Earth / Chapter 6. Ten Variations on Cézanne’s Concentric Eye / List of Works Studied / Bibliography / Index of Names