Intensities and Lines of Flight 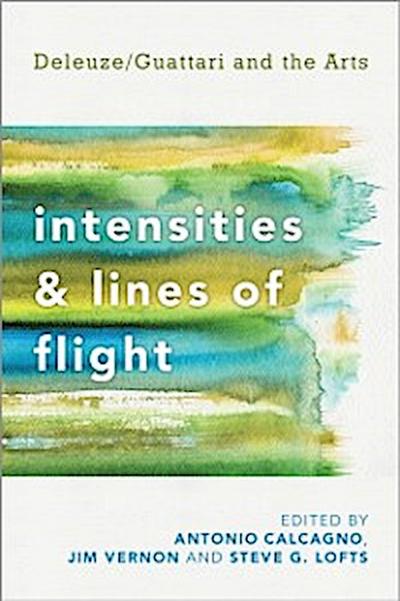 A rich collection of critical essays, authored by philosophers and practicing artists, examining Deleuze and Guattari's engagement with a broad range of art forms.
The writings of Gilles Deleuze and Felix Guattari offer the most enduring and controversial contributions to the theory and practice of art in post-war Continental thought. However, these writings are both so wide-ranging and so challenging that much of the synoptic work on Deleuzo-Guattarian aesthetics has taken the form of sympathetic exegesis, rather than critical appraisal.

This rich and original collection of essays, authored by both major Deleuzian scholars and practicing artists and curators, offers an important critique of Deleuze and Guattari's legacy in relation to a multitude of art forms, including painting, cinema, television, music, architecture, literature, drawing, and installation art. Inspired by the implications of Deleuze and Guattari's work on difference and multiplicity and with a focus on the intersection of theory and practice, the book represents a major interdisciplinary contribution to Deleuze-Guattarian aesthetics.
Introduction / Part I: Aesthetics, Concepts and Critical Appraisals / 1. The Role and Place of Art in Deleuze’s Philosophy, Jay Conway / 2. Do Sheets of Past Exist?, Jay Lampert / 3. Deleuze on the Musical Work of Art, Jim Vernon / 4. Deleuze and Guattari, Architecturality, and Performance, David Fancy / 5. Concepts and Colours, Alphonso Lingis / 6. Birth in Beauty and the Power of Sensation, Dorothea Olkowski / / Part II: Artistic Practices / 7. Drawing Out Deleuze, Jac Saorsa / 8. Radical Finitude - Difference as Strategy, Marian Tubbs / 9. Transversal Television: For Guattari, By Kafka, Gary Genosko / 10. ‘In Any Event’: A ‘Literary Resonance’ Between Painting and Architecture, David Jarraway / 11. Working on a Diagonal: Towards a New Image of Architecture History, Bryan E. Norwood / 12. The Becoming-Human of Buffalo Bill, Dolleen Manning / 13. Some Questions in Lieu of Conclusions, Jim Vernon / Notes on the Contributors / Index