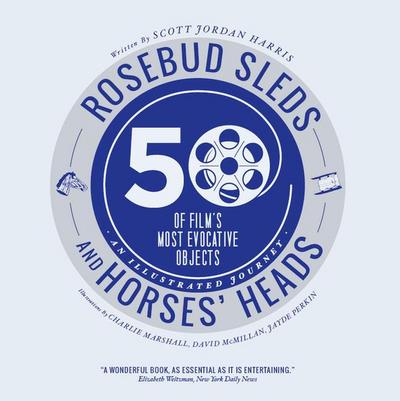 Dorothy's ruby slippers. Michael Myers's mask. Marilyn Monroe's billowy white dress. Indiana Jones's trusty hat. These objects are icons of popular culture synonymous with the films they appear in, and, at long last, a book has come along that sorts and chronicles fifty of them. Rosebud Sleds and Horses' Heads presents incisive discussion of fifty of the most significant objects in cinema history and explores their importance within their films and within the popular imagination. With original full color illustrations, this book surveys objects from a range of genres, from the birth of cinema to the present day. Curated and written by a prominent film critic who routinely writes for some of the leading publications in the English language, as well as broadcasts for the BBC, Rosebud Sleds and Horses' Heads is the only book of its kind. With a fascinating, original, and instantly understandable concept, it will find grateful audiences in film buffs around the world.