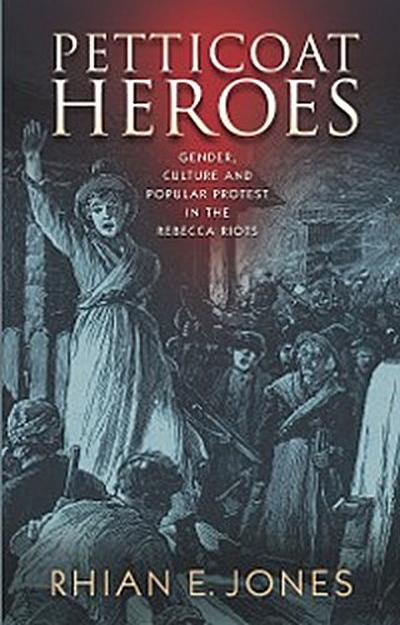 This book is an up-to-date innovative and accessible reinterpretation of a little-known but fascinating popular movement, of interest to students of protest, culture and politics in Victorian Britain and beyond.

The wave of unrest which took place in 1840s Wales, known as ‘Rebeccaism’ or ‘the Rebecca riots’, stands out as a success story within the generally gloomy annals of popular struggle and defeat. The story is remembered in vivid and compelling images: attacks on tollgates and other symbols of perceived injustice by farmers and workers, outlandishly dressed in bonnets and petticoats and led by the iconic anonymous figure of Rebecca herself. The events form a core part of historical study and remembrance in Wales, and frequently appear in broader work on British radicalism and Victorian protest movements. This book draws on cultural history, gender studies and symbolic anthropology to present fresh and alternative arguments on the meaning of Rebeccaite costume and ritual; the significance of the feminine in protest; the links between protest and popular culture; the use of Rebecca’s image in Victorian press and political discourse; and the ways in which the events and the image of Rebecca herself were integrated into politics, culture and popular memory in Wales and beyond. All these aspects repay greater consideration than they have yet been accorded, and highlight the relevance of Rebeccaism to British and European popular protest – up to and including the present day.