Religion, Culture and National Community in the 1670s 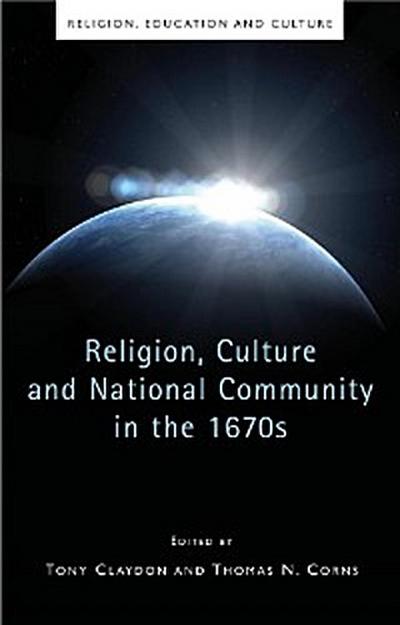 A significant collection of essays by leading scholars on the vital decade of the 1670s in Britain, Ireland and North America. This was a period of profound tension and uncertainty (culminating in the exclusion crisis of 1678-83),, in which the 1660s restoration settlement began to break down, and debates came to seem much more complex and ambiguous than the earlier simple polarity between royalist Anglicanism and a radical, non-conformist opposition. New issues included the disturbing prospect of open catholicism at court, realisation that religious dissent would not simply be persecuted out of existence, confusion over the correct response to the rise of Louis XIV’s France on the continent, the evident emergence of public opinion in the form of the press and coffee house culture;, new questions about the proper relationship between England, Ireland, Scotland and the North American colonies, and refashionings of national identities connected to all these issues. These essays explore the political, cultural and religious turbulence which resulted; and break new ground in the interdisciplinary study of the newly confusing, but highly innovative world. Taken together they suggest the 1670s was a crucial period in the emergence of ‘modern’ assumptions and concerns.