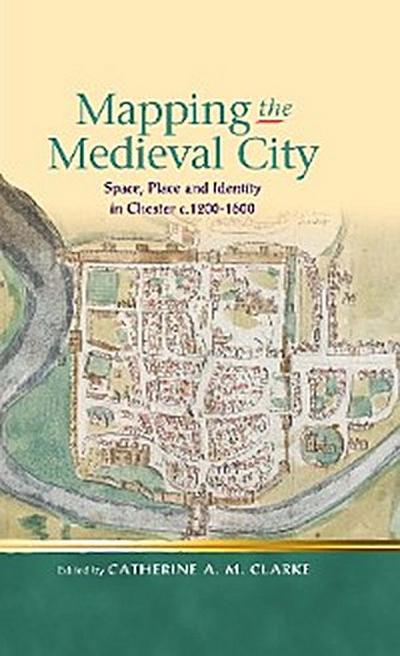 This ground-breaking volume brings together contributions from scholars across a range of disciplines (including literary studies, history, geography and archaeology) to investigate questions of space, place and identity in the medieval city. Using Chester as a case study – with attention to its location on the border between England and Wales, its rich multi-lingual culture and surviving material fabric – the essays seek to recover the experience and understanding of the urban space by individuals and groups within the medieval city, and to offer new readings from the vantage-point of twenty-first century disciplinary and theoretical perspectives. The volume includes new interpretations of well-known sources and features such as the Chester Whistun Plays and the city’s Rows and walls, but also includes discussions of less-studied material such as Lucian’s In Praise of Chester – one of the earliest examples of urban encomium from England and an important text for understanding the medieval city – and the wealth of medieval Welsh poetry relating to Chester. Certain key themes emerge across the essays within this volume, including relations between the Welsh and English, formulations of centre and periphery, nation and region, different kinds of ‘mapping’ and the visual and textual representation of place, borders and boundaries, uses of the past in the production of identity, and the connections between discourses of gender and space. The volume seeks to generate conversation and debate amongst scholars of different disciplines, working across different locations and periods, and to open up directions for future work on space, place and identity in the medieval city.