Medicine Between Science and Religion 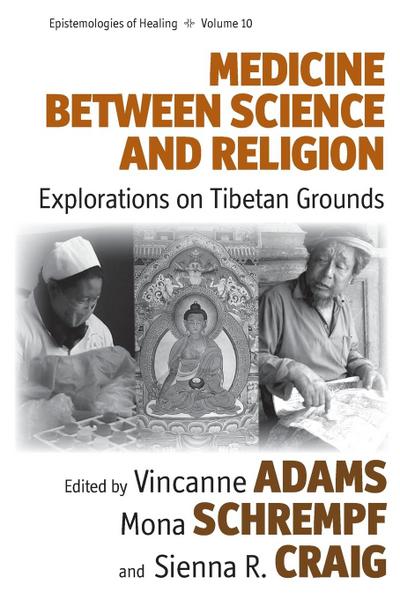 Mona Schrempf is a social and cultural anthropologist and post-doctoral research fellow at the East medicine Research Centre, Complementary Medicine, School of Life Sciences, University of Westminster London (2012-2015). Her present research concerns the globalisation of Tibetan medicine(s) in Europe and Asia that is part of the Wellcome Trust funded project "Beyond Tradition: Ways of Knowing and Styles of Practice in East Asian Medicines 1000 to the Present". She is senior co-editor of the peer-reviewed journal Asian Medicine: Tradition and Modernity. Having studied at the Institute for Social and Cultural Anthropology, Free University of Berlin (PhD 2001), with a focus on the anthropology of ritual, performance and religion in South Asia, she has undertaken long-term ethnographic research and fieldwork in rural Tibetan communities in China, the Indian Himalayas and Bhutan on Tibetan medicine, ritual healing, public and women's reproductive health as well as religious festivals and ethnic identity. Her books are Studies of Medical Pluralism in Tibetan History and Society (eds. with S. Craig, M. Cuomu, F. Garrett, IITBS  2010), Figurations of Modernity. Global and Local Representations in Comparative Perspective (eds. with V. Houben, Campus 2008), and Soundings in Tibetan Medicine (ed., Brill 2007).
There is a growing interest in studies that document the relationship between science and medicine - as ideas, practices, technologies and outcomes - across cultural, national, geographic terrain. Tibetan medicine is not only known as a scholarly medical tradition among other Asian medical systems, with many centuries of technological, clinical, and pharmacological innovation; it also survives today as a complex medical resource across many Asian nations - from India and Bhutan to Mongolia, Tibet (TAR) and China, Buryatia - as well as in Western Europe and the Americas. The contributions to this volume explore, in equal measure, the impacts of western science and biomedicine on Tibetan grounds - i.e., among Tibetans across China, the Himalaya and exile communities as well as in relation to globalized Tibetan medicine - and the ways that local practices change how such "science" gets done, and how this continually hybridized medical knowledge is transmitted and put into practice. As such, this volume contributes to explorations into the bi-directional flows of medical knowledge and practice.
List of Illustrations List of Figures and Maps
Acknowledgements
Notes on Transliteration
Notes on Contributors