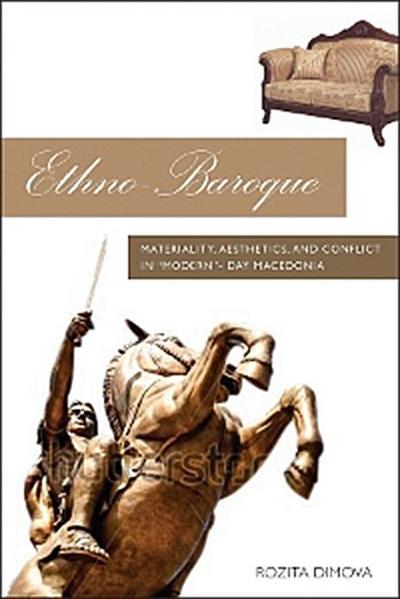 In post-1991 Macedonia, Barok furniture came to represent affluence and success during a period of transition to a new market economy. This furniture marked the beginning of a larger Baroque style that influenced not only interior decorations in people’s homes but also architecture and public spaces. By tracing the signifier Baroque, the book examines the reconfiguration of hierarchical relations among (ethnic) groups, genders, and countries in a transnational context. Investigating how Baroque has come to signify larger social processes and transformations in the current rebranding of the country, the book reveals the close link between aesthetics and politics, and how ethno-national conflicts are reflected in visually appealing ornamentation.