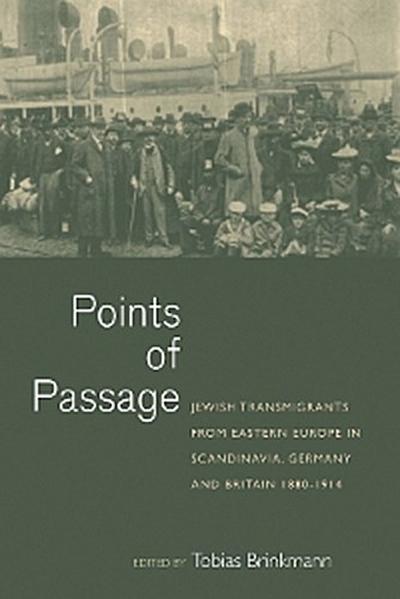 Between 1880 and 1914 several million Eastern Europeans migrated West. Much is known about the immigration experience of Jews, Poles, Greeks, and others, notably in the United States. Yet, little is known about the paths of mass migration across “green borders” via European railway stations and ports to destinations in other continents. Ellis Island, literally a point of passage into America, has a much higher symbolic significance than the often inconspicuous departure stations, makeshift facilities for migrant masses at European railway stations and port cities, and former control posts along borders that were redrawn several times during the twentieth century. This volume focuses on the journeys of Jews from Eastern Europe through Germany, Britain, and Scandinavia between 1880 and 1914. The authors investigate various aspects of transmigration including medical controls, travel conditions, and the role of the steamship lines; and also review the rise of migration restrictions around the globe in the decades before 1914.

Part I: Medicalization of Borders

Chapter 1. “[G]erms of anarchy, crime, disease and degeneracy”: Jewish Migration to the United States and the Medicalization of European Borders around 1900
Barbara Lüthi

Chapter 6. Russian-Jewish Transmigration and Scandinavian Shipping Companies: The Case of DFDS and the Atlantic Rate War of 1904-05
Per Kristian Sebak

Chapter 7. The Boys and Girls Not from Brazil: From Russia to Rio and Back Again Via Southampton and Hamburg, 1878-1880
Tony Kushner