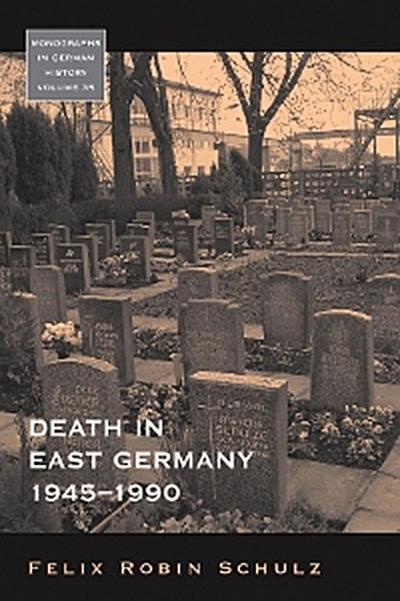 As the first historical study of East Germany‘s sepulchral culture, this book explores the complex cultural responses to death since the Second World War. Topics include the interrelated areas of the organization and municipalization of the undertaking industry; the steps taken towards a socialist cemetery culture such as issues of design, spatial layout, and commemorative practices; the propagation of cremation as a means of disposal; the wide-spread introduction of anonymous communal areas for the internment of urns; and the emergence of socialist and secular funeral rituals. The author analyses the manifold changes to the system of the disposal of the dead in East Germany—a society that not only had to negotiate the upheaval of military defeat but also urbanization, secularization, a communist regime, and a planned economy. Stressing a comparative approach, the book reveals surprising similarities to the development of Western countries but also highlights the intricate local variations within the GDR and sheds more light on the East German state and its society.