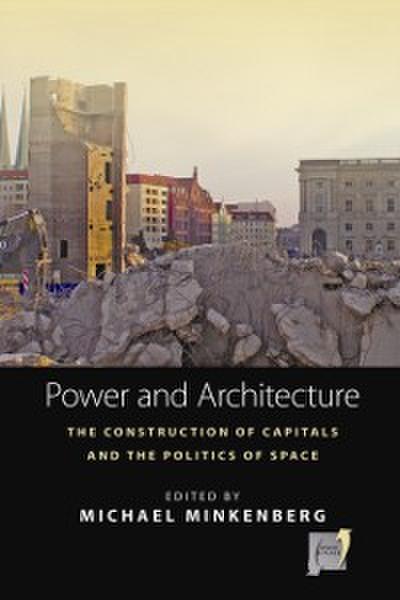 Capital cities have been the seat of political power and central stage for their state’s political conflicts and rituals throughout the ages. In the modern era, they provide symbols for and confer meaning to the state, thereby contributing to the “invention” of the nation. Capitals capture the imagination of natives, visitors and outsiders alike, yet also express the outcomes of power struggles within the political systems in which they operate. This volume addresses the reciprocal relationships between identity, regime formation, urban planning, and public architecture in the Western world. It examines the role of urban design and architecture in expressing (or hiding) ideological beliefs and political agenda.  Case studies include “old” capitals such as Rome, Vienna, Berlin and Warsaw; “new” ones such as Washington DC, Ottawa, Canberra, Ankara, Bonn, and Brasília; and the “European” capital Brussels. Each case reflects the authors’ different disciplinary backgrounds in architecture, history, political science, and urban studies, demonstrating the value of an interdisciplinary approach to studying cities.

Introduction: Power and Architecture—the Construction of Capitals, the Politics of Space, and the Space of Politics: An Introductory Essay
Michael Minkenberg

Chapter 2. A City of the People, by the People, for the People? Democracy and Capital Building in Washington DC, Ottawa, Canberra and Brasília
Michael Minkenberg

Chapter 6. ‘A Capital Without A Nation:’ Red Vienna, Power, and Spatial Politics Between the World Wars
Eve Blau

Chapter 7. The Ruins of Socialism: Reconstruction and Destruction in Warsaw
David Crowley

Chapter 8. State Building as an Urban Experience: The Making of Ankara
Alev Çınar