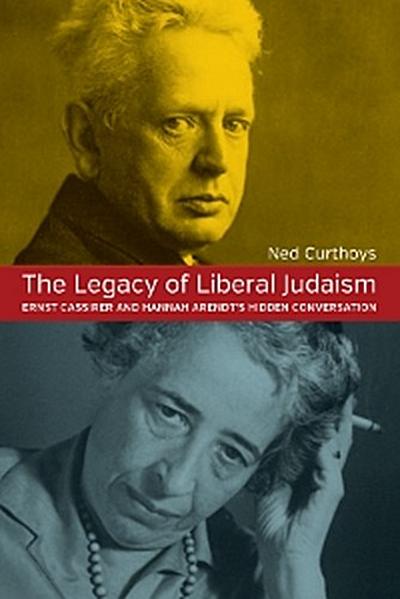 The Legacy of Liberal Judaism

Comparing the liberal Jewish ethics of the German-Jewish philosophers Ernst Cassirer and Hannah Arendt, this book argues that both espoused a diasporic, worldly conception of Jewish identity that was anchored in a pluralist and politically engaged interpretation of Jewish history and an abiding interest in the complex lived reality of modern Jews. Arendt’s indebtedness to liberal Jewish thinkers such as Moses Mendelssohn, Abraham Geiger, Hermann Cohen, and Ernst Cassirer has been obscured by her modernist posture and caustic critique of the assimilationism of her German-Jewish forebears. By reorienting our conception of Arendt as a profoundly secular thinker anchored in twentieth century political debates, we are led to rethink the philosophical, political, and ethical legacy of liberal Jewish discourse.

Chapter 1. ‘This Man of Our Destiny’: Moses Mendelssohn, Nathan the Wise, and the emergence of a Liberal Jewish Ethos
Chapter 2. Diasporic Visions:  the emergence of Liberal Judaism
Chapter 3. Abraham Geiger: Rabbi and Writer
Chapter 4. Hermann Cohen’s Prophetic Judaism
Chapter 5. Ernst Cassirer and the Ethical Legacy of Hermann Cohen
Chapter 6. Ernst Cassirer: The Enlightenment as Counter-History
Chapter 7. Hannah Arendt: The Task of the Historian
Chapter 8. Hannah Arendt: A Question of Character

Conclusion: The Legacies of Liberal Judaism