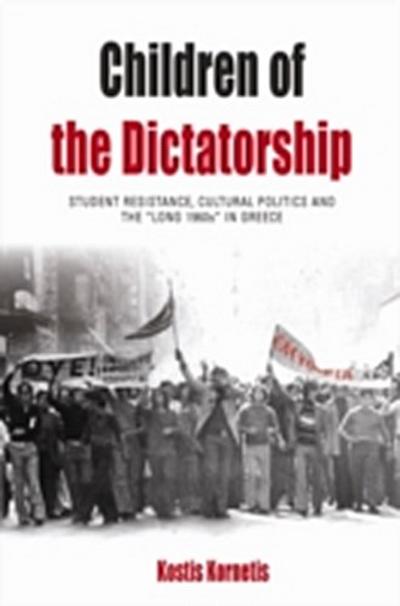 Children of the Dictatorship

Putting Greece back on the cultural and political map of the “Long 1960s,” this book traces the dissent and activism of anti-regime students during the dictatorship of the Colonels (1967-74). It explores the cultural as well as ideological protest of Greek student activists, illustrating how these “children of the dictatorship” managed to re-appropriate indigenous folk tradition for their “progressive” purposes and how their transnational exchange molded a particular local protest culture. It examines how the students’ social and political practices became a major source of pressure on the Colonels’ regime, finding its apogee in the three day Polytechnic uprising of November 1973 which laid the foundations for a total reshaping of Greek political culture in the following decades.


Chapter 2. Phoenix with a Bayonet


Chapter 3. A Mosquito on a Bull