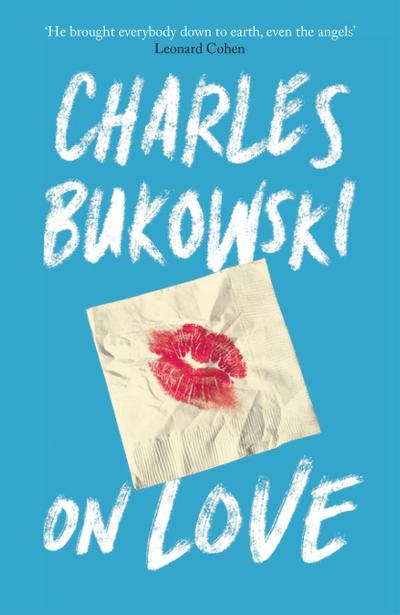 Bukowski, CharlesCharles Bukowski is one of America's best-known contemporary writers of poetry and prose, and, many would claim, its most influential and imitated poet. He was born in 1920 in Andernach, Germany, to an American soldier father and a German mother, and brought to the United States at the age of three. He was raised in Los Angeles and lived there for fifty years. He published his first story in 1944 when he was twenty-four and began writing poetry at the age of thirty-five. He died in San Pedro, California, on March 9, 1994, at the age of seventy-three, shortly after completing his last novel, Pulp.

Debritto, Abel
A Fulbright scholar, Abel Debritto works in the Digital Humanities. His book Charles Bukowski, King of the Underground was published in 2013.

In On Love, we see Charles Bukowski reckoning with the complications of love and desire.

Alternating between the tough and the tender, the romantic and the gritty, Bukowski exposes the myriad faces of love in the poems collected here - its selfishness and its narcissism, its randomness, its mystery and its misery, and, ultimately, its true joyfulness, endurance and redemptive power.

Whether writing about his daughter, his lover, or his work, Bukowski is fiercely honest and reflective, using love as a prism to look at the world and to view his own vulnerable place in it.

Raw and romantic, On Love captures one of our funniest, fiercest, and most daring writers on a subject that touches all of our lives