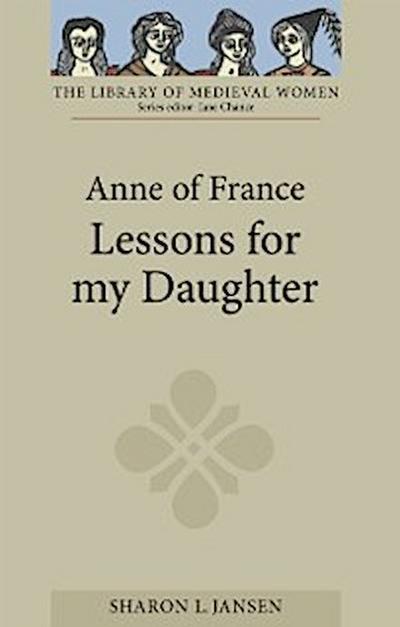 Anne of France (1461-1522) composed these lessons - presented as a portrait of an ideal princess - as guidance in negotiating the pitfalls facing a woman in the world of politics.
Anne of France (1461-1522), daughter of Louis XI and sister of Charles VIII, was one of the most powerful women of the fifteenth century. She was referred to by her contemporaries as Madame la Grande, and remained an activeand influential figure in France throughout her life. As the fifteenth century drew to a close, Anne composed a series of
enseignements, "lessons", for her daughter Suzanne of Bourbon. These instructions represent a distillation of a lifetime's experience, and are presented through the portrait of an ideal princess, thus preparing her daughter to act both circumspectly and politically. Having steered her own course successfully, Anne offers her daughter advice intended to help her negotiate the difficult passage of a woman in the world of politics.

This is the first translation into English of Anne of France's
Lessons.