After the Comprehensive Peace Agreement in Sudan 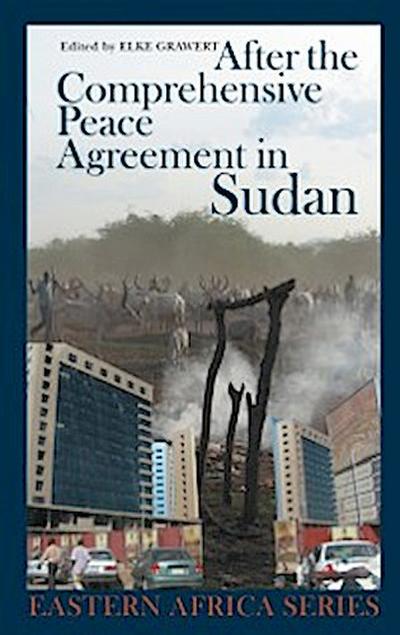 The Sudanese peace agreement reached a crisis point in its final year. This book offers an analysis of the impact of the implementation of the agreement on different Sudanese communities and neighbouring regions.
After a long process of peace negotiations the Comprehensive Peace Agreement (CPA) was signed on 9 January 2005 between the Government of Sudan (GOS) and the Sudan People's Liberation Movement/Army (SPLM/A). The CPA raised initialhopes that it would be the foundation block for lasting peace in Sudan.
This book compiles scholarly analyses of the implementation of the power sharing agreement of the CPA, of ongoing conflicts with particular respect to land issues, of the challenges of the reintegration of internally displaced people and refugees, and of the repercussions of the CPA in other regions of Sudan as well as in neighbouring countries.

Elke Grawert is SeniorLecturer at the Institute for Intercultural & International Studies (InIIS), Faculty of Social Sciences, University of Bremen, Germany.

Introduction. PART I Implementation & Potential of the CPA - Elke Grawert

After the CPA: The Implementation of Power Sharing at the National Level - the Case of the National Assembly - Rania Hassan Ahmed Ali

Changes in Gambella, Ethiopia, after the CPA - Regassa Bayissa Sima

Ethiopian Federalism Seen from the Regional State of Gambella: A Perspective from the Border Region - Monika M. Sommer

From CPA to DPA: 'Ripe for Resolution', or Ripe for Dissolution? PART IV Challenges of Sub-regional Peace after the CPA - Peter Woodward