Torture and Brutality in Medieval Literature 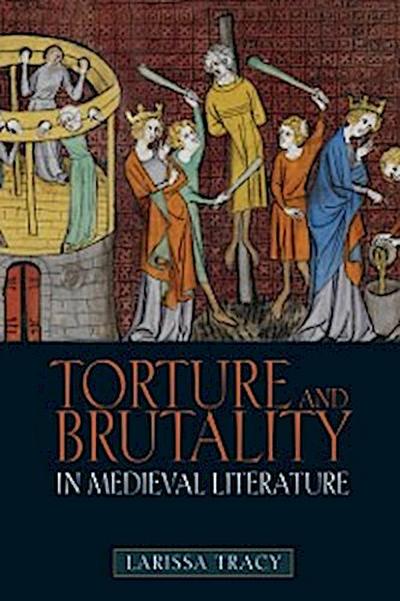 A new look at the way in which medieval European literature depicts torture and brutality.
An ugly subject, but one that needs to be treated thoroughly and comprehensively, with a discreet wit and no excessive relish. These needs are richly satisfied in Larissa Tracy's bold and important book. DEREK PEARSALL, ProfessorEmeritus, Harvard University.


Torture - that most notorious aspect of medieval culture and society - has evolved into a dominant mythology, suggesting that the Middle Ages was a period during which sadistic torment wasinflicted on citizens with impunity and without provocation: popular museums displaying such gruesome implements as the rack, the strappado, the gridiron, the wheel, and the Iron Maiden can be found in many modern European cities.These lurid images of medieval torture have re-emerged within recent discussions on American foreign policy and the introduction of torture legislation as a weapon in the "War on Terror", and raised questions about its history and reality, particularly given its proliferation in some literary genres and its relative absence in others.

This book challenges preconceived ideas about the prevalence of torture and judicial brutality in medieval society byarguing that their portrayal in literature is not mimetic. Instead, it argues that the depictions of torture and brutality represent satire, critique and dissent; they have didactic and political functions in opposing the statusquo. Torture and brutality are intertextual literary motifs that negotiate cultural anxieties of national identity; by situating these practices outside their own boundaries in the realm of the barbarian "Other", medieval and early-modern authors define themselves and their nations in opposition to them. Works examined range from Chaucer to the Scandinavian sagas to Shakespeare, enabling a true comparative approach to be taken.

Rending the Flesh: The Orthodoxy of Torture in Hagiography

Resisting the Rod: Torture and the Anxieties of Continental Identity

The Matter of the North: Icelandic Sagas and Cultural Autonomy

The Matter of Britain: Defining English Identity in Opposition to Torture

Laughing at Pain: The Comic Uses of Torture and Brutality