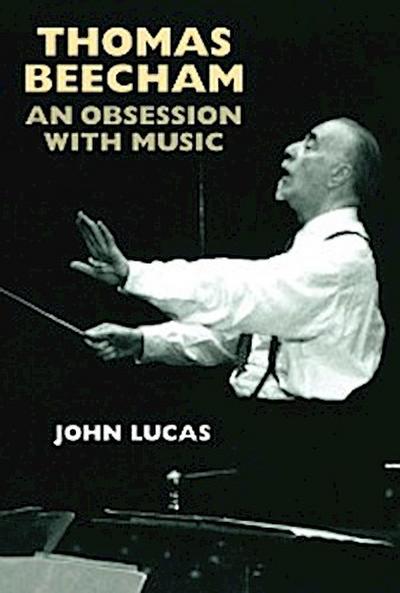 Drawing on significant new research, this life of one of Britain's most influential musicians corrects many of the myths surrounding the often controversial Thomas Beecham.
Thomas Beecham was one of Britain's greatest conductors of orchestral music and opera as well as an entrepreneur and impresario of exceptional energy and brilliant wit. This new life places him - musically, politically and socially - in the troubled times in which he lived and corrects the stories and myths, many of them Beecham's own making, that have grown up around this uniquely gifted and controversial figure.
Drawing upon extensive research, Lucaspresents new material on his early years, his complicated private life, his father's catastrophic attempt to buy a large part of Covent Garden - which brought the family to its knees financially - and the orchestras and opera companies that Beecham founded. New light is shed on his visits to Nazi Germany and his view of its leaders, as well as the much misunderstood and previously unchronicled years of the Second World War, which he spent in Australia andAmerica.


Thomas Beecham: An Obsession with Music will change the way we view this complex personality and remain the standard biography for years to come.

JOHN LUCAS was on the staff of the
Observer for 25 years, completed Peter Heyworth's monumental biography of Otto Klemperer, wrote the biography of Reginald Goodall, and is responsible for the current entries on Beecham and Klemperer in the
New Grove.

BEECHAM IN REHEARSAL: This book will include a full-length CD of Beecham rehearsing the RPO. It features music by Haydn, Mozart, Handel, Liszt and a remarkable movement from Beethoven's 5th Symphony.


The Birth of the Pill

The Mecca of Globules

Elektra and the Baptist

Guilty - or Not Guilty?

A Mountain of Debts

The Bull of Bashan

'Just Listen to This'