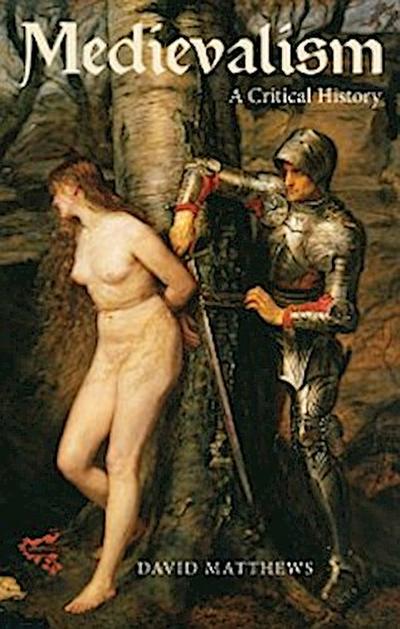 An accessibly-written survey of the origins and growth of the discipline of medievalism studies.
The field known as "medievalism studies" concerns the life of the Middle Ages after the Middle Ages. Originating some thirty years ago, it examines reinventions and reworkings of the medieval from the Reformation to postmodernity,from Bale and Leland to HBO's Game of Thrones. But what exactly
is it? An offshoot of medieval studies? A version of reception studies? Or a new form of cultural studies? Can such a diverse field claim coherence? Should it be housed in departments of English, or History, or should it always be interdisciplinary?

In responding to such questions, the author traces the history of medievalism from its earliest appearances in the sixteenth century to the present day, across a range of examples drawn from the spheres of literature, art, architecture, music and more. He identifies two major modes, the grotesque and the romantic, and focuses on key phases of the development of medievalism in Europe: the Reformation, the late eighteenth century, and above all the period between 1815 and 1850, which, he argues, represents the zenith of medievalist cultural production. He also contends that the 1840s were medievalism's one moment of canonicity in several European cultures at once. After that, medievalism became a minority form, rarely marked with cultural prestige, though always pervasive and influential.


Medievalism: a Critical History scrutinises several key categories - space, time, and selfhood - and traces the impact of medievalism on each. It will be the essential guide to a complex and still evolving field of inquiry.

David Matthews is Professor of Medieval and Medievalism Studies at the University of Manchester.

How Many Middle Ages?

This Way to the Middle Ages: The Spaces of Medievalism

On Being Medieval: Medievalist Selves and Societies

Wemmick's Castle: The Limits of Medievalism

Realism in the Crypt: The Reach of Medievalism

Conclusion: Against a Synthesis: Medievalism, Cultural Studies, and Antidisciplinarity

Appendix I: The Survey of Reenactors