A Companion to Spanish Women’s Studies 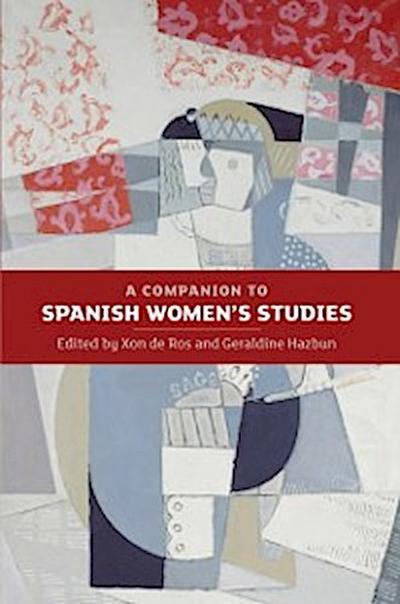 An overview of the issues and critical debates in the field of Women's Studies within the area of peninsular Hispanism.
After an introductory survey of the development of women's studies in the context of Spain, twenty-one chronologically ordered essays by scholars from Britain, the United States, Spain and Mexico explore women's roles in the cultural production of their time from the Middle Ages to the present.
The essays of the first half examine the work of the earliest women writers and artists - memoirs and meditations, novellas and plays - and the representationor self-representation of women in a broad sweep of texts including medieval folksong, hagiography, and painting of the Baroque era.

The modern section focuses on women's participation in politics and culture from the eighteenth century onwards: as translators and essayists, as consumers of visual ephemera and conduct books, as writers and artists, film directors and performers.

An alternative and supplement to standard literary histories, thisvolume offers new insights into women's agency and representation in the cultural heritage of Spain. It will prove a useful and stimulating resource for students at all levels, and an accessible guide for the general reader.

XON DE ROS and GERALDINE HAZBUN lecture in Spanish literature at the University of Oxford.

From Virgin Martyr to Holy Harlot: Female Saints in the Middle Ages and the Problem of Classification - Andrew M. Beresford

Anatomies of a Saint: The Unstable Body of Teresa de Avila - Georgina Dopico-Black

The Baroque and the Undead: Carnal Knowledge in the Novellas of María de Zayas y Sotomayor - Margaret R Greer

What They Saw: Women's Exposure to and in Visual Culture in Nineteenth-Century Spain - Lou Charnon-Deutsch

Politics and the Feminist Essay in Spain - Joyce Tolliver

The Theatricalized Self: Women Artists and Writers in Masquerade from 1920 to the Present - Roberta Quance

Gender and Change: Identity and Reform in the Second Spanish Republic - Frances Lannon

The Mother and the Nation: Reading Women's Autobiographies from the 1970s to the Present - Xon de Ros