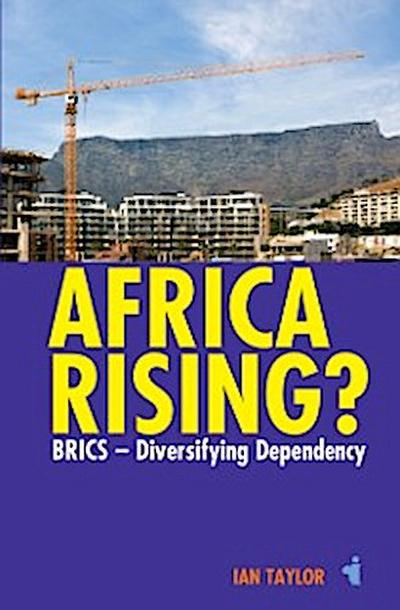 Explores to what extent Africa's "rise" has impacted on development and whether the BRICS are creating a new version of dependency.
Africa is said to be rising, turning a definitive page in its history, heralding new and exciting possibilities for the continent. This discourse maintains that with upsurge in economic growth comes improved governance and endogenous dynamics; that the emerging economies, and especially the BRICS (Brazil, Russia, India, China, South Africa), have been instrumental in diversifying Africa's international relations, perhaps leading to a radical change in theglobal order, favourable to the developing world. But to what extent is this true, and how deep and how broad has been the impact on society at large?
This book takes a critical look at the prevalent Africa Rising discourse,and explores the nature and implications of Africa's "rise" and the role that the BRICS have played in it. The author argues that Africa has still to undergo any structural transformation; that there is strong evidence that deindustrialisation and jobless growth have accompanied the upsurge of interest in the continent; and that far from making a radical turn in its developmental trajectory, Africa is being pushed into the resource corner as commodity exporters, to the North (and now, the BRICS) with little scope for industrial progress or skills advancement. Hope that the BRICS might offer an alternative to the extant neoliberal order are misplaced, for the BRICS have a stake in maintaining the current global unequality. Africa must therefore fashion its own independent path - while the emerging economies will be important, relying on external actors may simply reproduce anew the current state of underdevelopment.

The BRICS and 'Africa Rising'