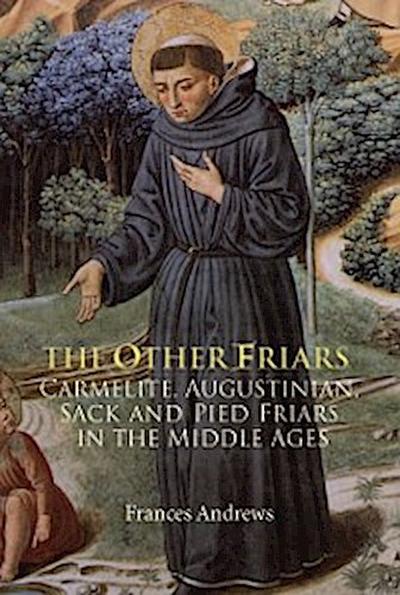 A concise and accessible history of four of the monastic orders in the middle ages.
In 1274 the Council of Lyons decreed the end of various 'new orders' of Mendicants which had emerged during the great push for evangelism and poverty in the thirteenth-century Latin Church. The Franciscans and Dominicans were explicitly excluded, while the Carmelites and Austin friars were allowed a stay of execution. These last two were eventually able to acquire approval, but other smaller groups, in particular the Friars of the Sack and Pied Friars, were forced to disband.


This book outlines the history of those who were threatened by 1274, tracing the development of the two larger orders down to the Council of Trent, and following the fragmentary sources for the brief histories of the discontinued friaries. For the first time these orders are treated comparatively: the volume offers a total history, from their origins, spirituality and pastoral impact, to their music, buildings and runaways.

FRANCES ANDREWS teaches at the University of St Andrews and is the author of
The Early Humiliati (CUP 1999).


Part I: The Carmelites or White Friars - Frances Andrews