South Africa - The Present as History 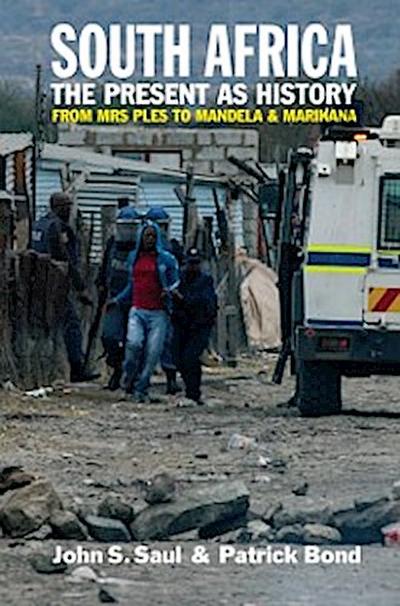 Analyses the roots of power, patriarchy, ecological destruction and capitalist dynamics, of anti-apartheid resistance and of on-going movements against inequality and injustice in contemporary South Africa, to show how its contemporary realities are rooted in its past history and earlier struggles for independence. Short-listed for the Deutscher Prize 2014
In 1994, the first non-racial elections in South Africa brought Nelson Mandela and his African National Congress to office; elections since have confirmed the ANC's hold, both popular and legitimate, on power. Yet, at the same time, South Africa has one of the highest rates of protest and dissent in the world - underscored by the police shooting of 34 striking miners at Marikana in 2012 - regions of deep poverty and environmental degradation, rising inequality and high unemployment rates. This book looks at this paradox by examining the precise character of the post-apartheid state, and the roots of the hope that something better than the semi-liberation that the ANC has presided over must not be long delayed - both within the ANC itself and within the broader society of South Africa.
The authors present a history of South Africa from earliest times, with today's post-apartheid society interpreted andunderstood in the context of and through the lens of its earlier history. Following the introduction, which offers an analytical background to the narrative that follows, they track the course of South African history: from its origins to apartheid in the 1970; through the crisis and transition of the 1970s and 1980s to the historic deal-making of 1994 that ended apartheid; to its recent history from Mandela to Marikana, with increasing signs of social unrest and class conflict. Finally, the authors reflect on the present situation in South Africa with reference to the historical patterns that have shaped contemporary realities and the possibility of a 'next liberation struggle'.

John S. Saul is Professor Emeritus at York University (Canada). Patrick Bond is Senior Professor of Development Studies and Director of the Centre for Civil Society at the University of KwaZulu-Natal (Durban).


Introduction: South Africa in History by John S. Saul and Patrick Bond - PART I WHAT'S PAST IS PROLOGUE: FROM THE BEGINNINGS TO 1994 by John S. Saul

Consolidating the Contradictions: From Mandela to Marikana, 2000-2012 - PART III CONCLUSIONS: THE FUTURE AS HISTORY

Uneven and Combined Resistance: Marikana and The Trail to 'Tunisia Day' 2020 by Patrick Bond

Liberating Liberation: The Struggle against Recolonization in South Africa by John S. Saul