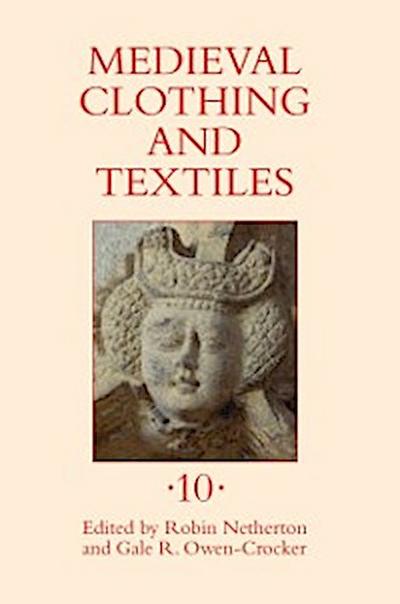 The best new research on medieval clothing and textiles, drawing from a range of disciplines.
The usual wide range of approaches to garments and fabrics appears in this tenth volume. Three chapters focus on practical matters: a description of the medieval vestments surviving at Castel Sant'Elia in Italy; a survey of the spread of silk cultivation to Europe before 1300; and a documentation of medieval colour terminology for desirable cloth. Two address social significance: the practice of seizing clothing from debtors in fourteenth-century Lucca, and the transformation of the wardrobe of Margaret Tudor, daughter of King Henry VII, upon her marriage to the king of Scotland. Two delve into artistic symbolism: a consideration of female headdresses carved at St Frideswide's Priory in Oxford, and a discussion of how Anglo-Saxon artists used soft furnishings to echo emotional aspects of narratives. Meanwhile, in an exercise in historiography, there is an examination of the life of Mrs. A.G.I. Christie, author of the landmark Medieval English Embroidery.

ROBIN NETHERTON is a professional editor and a researcher/lecturer on the interpretation of medieval European dress; GALE R. OWEN-CROCKER is Professor of Anglo-Saxon Culture at the University of Manchester.

Behind the Curtains, Under the Covers, Inside the Tent: Textile Items and Narrative Strategies in Anglo-Saxon Old Testament Art - Christopher J Monk

Wefts and Worms: The Spread of Sericulture and Silk Weaving in the West before 1300 - Rebecca Woodward Wendelken

"Translating" a Queen: Material Culture and the Creation of Margaret Tudor as Queen of Scots -