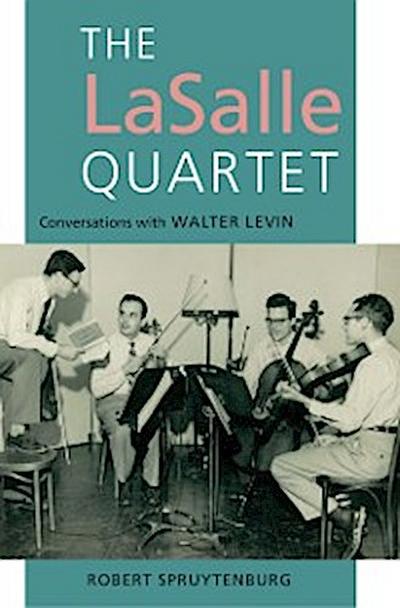 The definitive study of the LaSalle Quartet, for forty years the premier exponent of 'the new music' for string quartet.
The LaSalle Quartet (1946-1987) was the premier exponent of 'the new music' for string quartet. Founded in 1946 at the Julliard School in New York, it became famous for its performances of works by the Second Viennese School and its commissioning of many new pieces by contemporary post-war composers. As a result, the quartets by Lutoslawski, Ligeti and Nono have since entered the standard repertory, sitting comfortably next to those by Schoenberg, Berg andWebern. The LaSalle Quartet's brilliant advocacy of the quartets by Alexander Zemlinsky resulted in best-selling recordings for Deutsche Grammophon.
In an informative and critical dialogue between new and old, the LaSalleQuartet was also an incisive interpreter of the classical quartet repertory; many of its recordings are still in print. Its record as a teaching quartet is equally impressive, numbering among its students at the University of Cincinnati the Alban Berg, Brahms, Prazak, Artis, Buchberger, Ponche and Vogler Quartets. The LaSalle Quartet's founder and first violinist, Walter Levin, is himself a highly influential teacher whose students have included the conductor James Levine and the violinist Christian Tetzlaff, as well as many third-generation string quartets.

This book, based on extensive interviews with Walter Levin conducted by Robert Spruytenburg over five years, is in equal measure autobiography, history of the Quartet, reminiscences of the contemporary composers who figured so prominently in its career, and penetrating commentary on the LaSalle Quartet's wide-ranging repertory. All these aspectsare artfully woven into a uniquely valuable, informative and entertaining document of musical life in the twentieth century.

ROBERT SPRUYTENBURG lives in Basel. He was introduced to Walter Levin in 1988 and took part inhis chamber music courses. Since 2003, Spruytenburg has been working on the LaSalle Quartet's archives located at the Paul Sacher Foundation in Basel. He is a frequent contributor to classical music programmes for Swiss radio.