Foundations of an African Civilisation 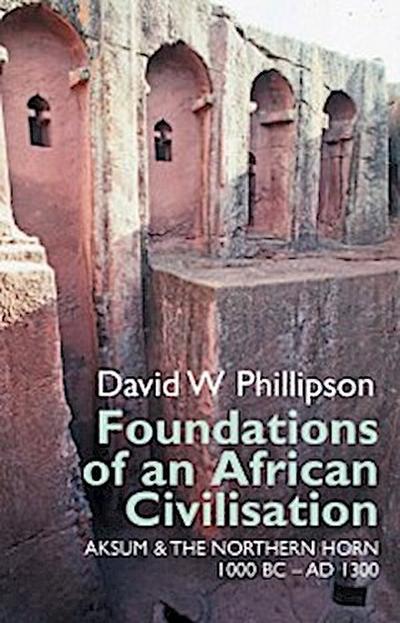 A single coherent narrative of Aksumite civilisation revealing the roots of medieval Christian Ethiopia.
Focuses on the Aksumite state of the first millennium AD in northern Ethiopia and southern Eritrea, its development, florescence and eventual transformation into the so-called medieval civilisation of Christian Ethiopia. This bookseeks to apply a common methodology, utilising archaeology, art-history, written documents and oral tradition from a wide variety of sources; the result is a far greater emphasis on continuity than previous studies have revealed.It is thus a major re-interpretation of a key development in Ethiopia's past, while raising and discussing methodological issues of the relationship between archaeology and other historical disciplines; these issues, which have theoretical significance extending far beyond Ethiopia, are discussed in full.
The last millennium BC is seen as a time when northern Ethiopia and parts of Eritrea were inhabited by farming peoples whose ancestry may be tracedfar back into the local 'Late Stone Age'. Colonisation from southern Arabia, to which defining importance has been attached by earlier researchers, is now seen to have been brief in duration and small in scale, its effects largely restricted to élite sections of the community. Re-consideration of inscriptions shows the need to abandon the established belief in a single 'Pre-Aksumite' state. New evidence for the rise of Aksum during the last centuries BC is critically evaluated.

Finally, new chronological precision is provided for the decline of Aksum and the transfer of centralised political authority to more southerly regions. A new study of the ancient churches - both builtand rock-hewn - which survive from this poorly-understood period emphasises once again a strong degree of continuity across periods that were previously regarded as distinct.

David W. Phillipson is Emeritus Professor of African Archaeology and former Director of the University Museum of Archaeology & Anthropology, Cambridge. In 2014 he was made an Associate Fellow of the Ethiopian Academy of Sciences.

Published in association with the British Institute in Eastern Africa.

Introduction - Part I Before Aksum

The northern Horn 3000 years ago

The first millennium BC - Part II The Kingdom of Aksum

The emergence & expansion of the Aksumite state

Foreign contacts of the Aksumite state

Decline & transformation of the Aksumite state - Part III After Aksum

The future of the past in the northern Horn