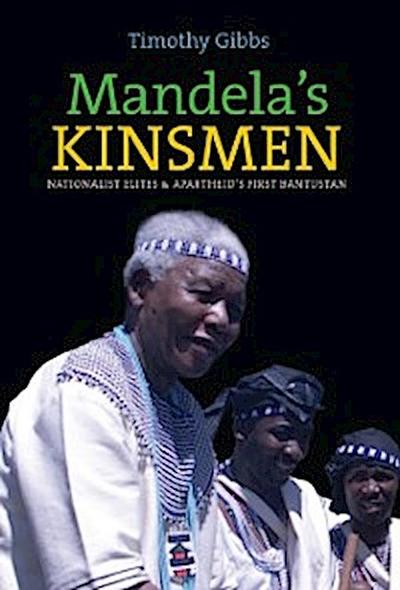 A novel study of the complex connections between Nelson Mandela and the nationalist leadership in the ANC with their kinsmen inside the Transkei Bantustan state, that reveals the significance of ethnic belonging, so important in African history.
Mandela's Kinsmen is the first study of the fraught relationships between the ANC leadership and their relatives who ruled apartheid's foremost "tribal" Bantustan, the Transkei. In the early 20th century, the chieftaincieshad often been well-springs of political leadership. In the Transkei, political leaders, such as Mandela, used regionally rooted clan, schooling and professional connections to vault to leadership; they crafted expansive nationalisms woven from these "kin" identities. But from 1963 the apartheid government turned South Africa's chieftaincies into self-governing, tribal Bantustans in order to shatter African nationalism.
While historians often suggest that apartheid changed everything - African elites being eclipsed by an era of mass township and trade union protest, and the chieftaincies co-opted by the apartheid government - there is another side to this story. Drawing on newly discovered accounts and archives, Gibbs reassesses the Bantustans and the changing politics of chieftaincy, showing how local dissent within Transkei connected to wider political movements and ideologies. Emphasizing the importance of elite politics, he describes how the ANC-in-exile attempted to re-enter South Africa through the Bantustans drawing on kin networks. This failed in KwaZulu, but Transkei provided vital support after a coup in 1987, and the alliances forged were important during the apartheid endgame. Finally, in counterpoint to Africanist debates that focus on how South African insurgencies narrowed nationalist thought and practice, he maintains ANC leaders calmed South Africa's conflicts of the early 1990s by espousing an inclusive nationalism that incorporated local identities, and that "Mandela's kinsmen" still play a key role in state politics today.

Conclusion: African Nationalism and its Fragments