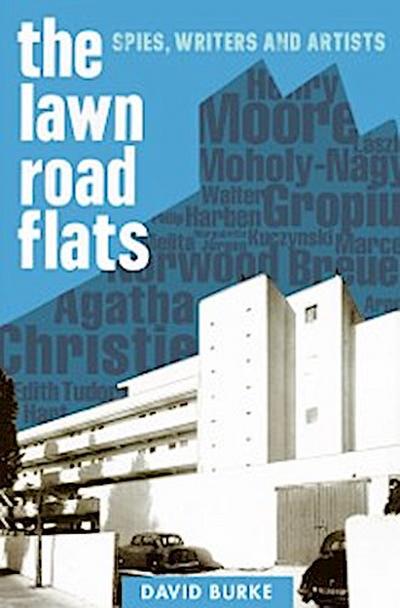 The story of a modernist building with a significant place in the history of Soviet espionage in Britain, where communist spies rubbed shoulders with British artists, sculptors and writers
The Isokon building, Lawn Road Flats, in Belsize Park on Hampstead's lower slopes, is a remarkable building. The first modernist building in Britain to use reinforced concrete in domestic architecture, its construction demanded new building techniques. But the building was as remarkable for those who took up residence there as for the application of revolutionary building techniques.
There were 32 Flats in all, and they became a haunt of some of the most prominent Soviet agents working against Britain in the 1930s and 40s, among them Arnold Deutsch, the controller of the group of Cambridge spies who came to be known as the "Magnificent Five" after the Western movie
The Magnificent Seven; the photographer Edith Tudor-Hart; and Melita Norwood, the longest-serving Soviet spy in British espionage history.

However, it wasn't only spies who were attracted to the Lawn Road Flats, the Bauhaus exiles Walter Gropius, László Moholy-Nagy and Marcel Breuer; the pre-historian V. Gordon Childe; and the poet (and Bletchley Park intelligence officer) Charles Brasch all made their way there. A number of British artists, sculptors andwriters were also drawn to the Flats, among them the sculptor and painter Henry Moore; the novelist Nicholas Monsarrat; and the crime writer Agatha Christie, who wrote her only spy novel N or M? in the Flats. The Isokon buildingboasted its own restaurant and dining club, where many of the Flats' most famous residents rubbed shoulders with some of the most dangerous communist spies ever to operate in Britain. Agatha Christie often said that she invented her characters from what she observed going on around her. With the Kuczynskis - probably the most successful family of spies in the history of espionage - in residence, she would have had plenty of material.

DAVID BURKEis a historian of intelligence and international relations and author of
The Spy Who Came In From the Co-op: Melita Norwood and the Ending of Cold War Espionage (The Boydell Press, 2009).

Remembrance of Things Past, Hampstead Man among `The Modernists'

'National Planning For The Future' and the arrival of Walter Gropius

1935: `Art crystallises the emotions of an age.' Musicology, and the art of Espionage

The Isobar, Half Hundred Club and the arrival of SONYA


The New Statesman, Ho Chi Minh, and The End of an Era