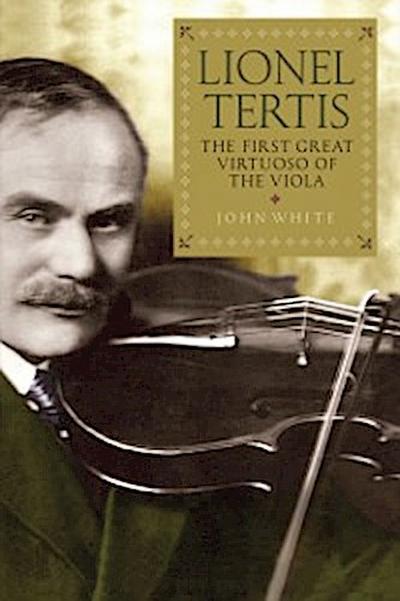 This new biography examines the life and work of Lionel Tertis, almost solely responsible for the rise of the viola in the twentieth century.
Lionel Tertis [1876-1975] stands in the company of Ysaÿe, Kreisler, Casals, Thibaud and Rubinstein as one of the greatest instrumentalists - and arguably the greatest viola player - of all time. Such composers as Arnold Bax, Holst, and Vaughan Williams all wrote significant works for him; he was a member of a number of prominent string quartets; and he was later to design and promote his own 'Tertis model' viola. He is virtually synonymous with the increasing importance of the viola as a solo and recital instrument alongside the violin and the cello.
This biography, the first full-length survey of his life, tells how he rose from humble beginnings to become 'the father of themodern viola'. It explores in detail his long and distinguished career, persuading composers to write works for the viola, arranging existing works for the instrument, editing and performing the music, teaching and coaching in Great Britain, and his performances in the United States.

JOHN WHITE is a prominent viola teacher and performer; in 2000 he was awarded the International Viola Society's highest award for distinguished scholarship and contributions to the viola.
The Tertis Family

Return to the Royal Academy of Music

The Elgar and Walton Concertos