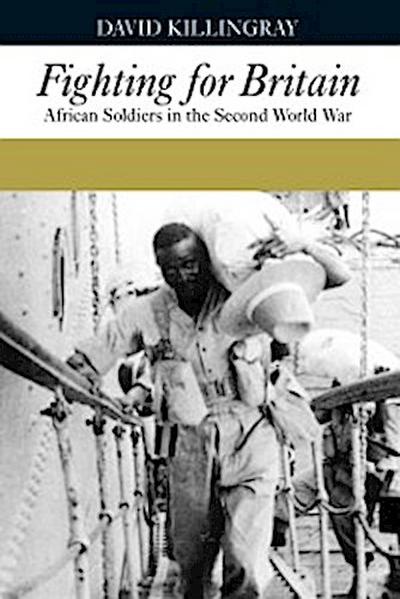 The first major study of the experiences of the hundreds of thousands of African soldiers who served with the British army during the Second World War.
During the Second World War over half-a-million African troops served with the British Army as combatants and non-combatants in campaigns in the Horn of Africa, the Middle East, Italy and Burma - the largest single movement of African men overseas since the slave trade. This account, based mainly on oral evidence and soldiers' letters, tells the story of the African experience of the war. It is a 'history from below' that describes how men were recruited for a war about which most knew very little. Army life exposed them to a range of new and startling experiences: new foods and forms of discipline, uniforms, machines and rifles, notions of industrial time, travel overseas, new languages and cultures, numeracy and literacy.
What impact did service in the army have on African men and their families? What new skills did soldiers acquire and to what purposes were they put on their return? What was the social impact of overseas travel, and how did the broad umbrella of army welfare services change soldiers' expectations of civilian life? And what role if any did ex-servicemen play in post-war nationalist politics? In this book African soldiers describe in their own words what it was like to undergo army training, to travel on a vast ocean, to experience battle, and their hopes and disappointments on demobilisation.

DAVID KILLINGRAY is Professor Emeritus of History, Goldsmiths, and Senior Research Fellow at the Institute of Commonwealth Studies, University of London.
Introduction

The social impact of war service