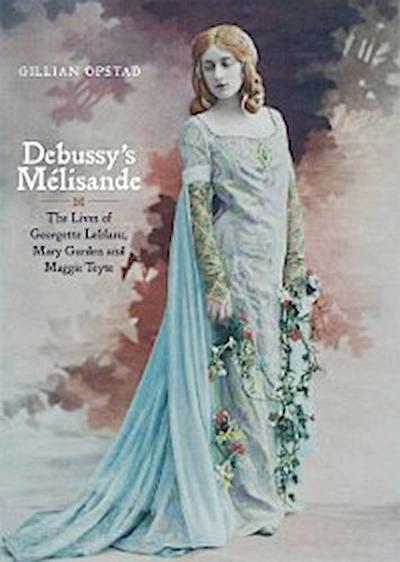 The colourful lives of the three divas who made Debussy's Mélisande their own.
Debussy's Mélisande examines the colourful lives of Georgette Leblanc, Mary Garden and Maggie Teyte, and their involvement with Debussy's Pelléas et Mélisande, illustrating the prejudices and difficulties women singers of their era faced. The three women presented here were not only remarkable for the resilience and initiative they had to develop, but also for their willingness to adapt themselves to the opportunities offered by the emergingtechnologies of recording, radio and film. It is also the story of the background to the opera's creation, and the frequently stormy relationships between the author of the original play (Maeterlinck), the composer, director, conductor and performers. This book will be of great interest to scholars and students of Debussy, opera, French music and theatre, Maeterlinck, and those interested in women's studies and biography.

Gillian Opstad read Modern Languages at Somerville College, Oxford after which she taught for a number of years in Buckinghamshire and Bristol. She has been actively involved with music both at university and since. This, her first book, is a result of her particular interest in French music, especially that of Debussy.
Introduction