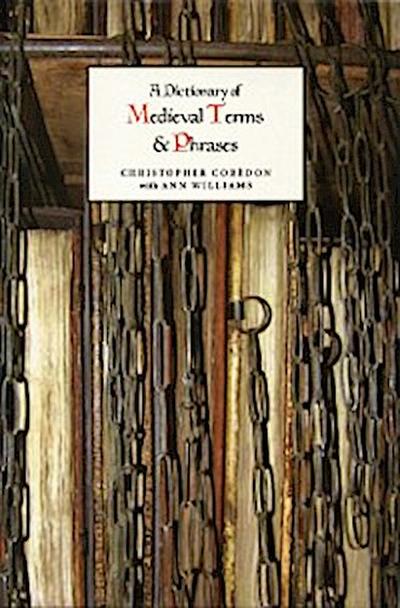 The first dictionary of medieval terms intended for the non-specialist with an interest in the medieval world.
An interest in the middle ages often brings the non-specialist reader up short against a word or term which is not understood or only imperfectly understood. This dictionary is intended to put an end to all that - though such a claim is inevitably rash. However, it has been designed in the hope that it will be of real help to non-academic readers, and in some cases maybe even to specialists.
The dictionary contains some 3,400 terms as headwords, ranging from the legal and ecclesiastic to the more prosaic words of daily life. Latin was the language of the church, law and government, and many Latin terms illustrated here are frequently found in modern books of history of theperiod; similarly, the precise meaning of Old English and Middle English terms may elude today's reader: this dictionary endeavours to provide clarity. In addition to definition, etymologies of many words are given, in the beliefthat knowing the origin and evolution of a word gives a better understanding. There are also examples of medieval terms and phrases still in use today, a further aid to clarifying meaning.

CHRISTOPHER COREDON has also compiled the
Dictionary of Cybernyms. Dr ANN WILLIAMS, historical consultant on the project, was until her retirement Senior Lecturer in medieval history at the Polytechnic of North London.