The Battle for Palestine 1917 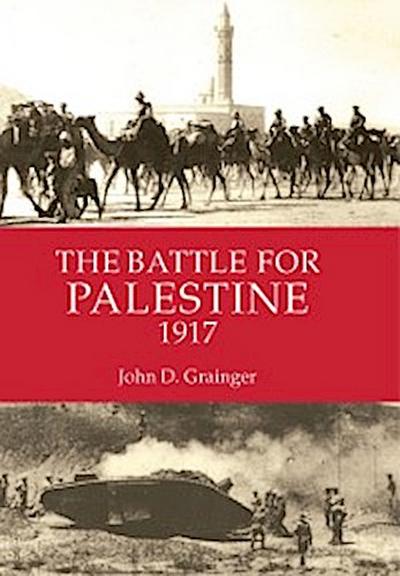 The story of Allied victory in the Holy Land, far from the carnage of the Western Front but a crucial, morale-boosting success under the aggressive and forward-thinking General Allenby.
Three battles for the control of the key fortress-city of Gaza took place in 1917 between the `British' force [with units from across the Empire, most notably the ANZACs] and the Turks. The Allies were repulsed twice but on theirthird attempt, under the newly-appointed General Allenby, a veteran of the Western Front where he was a vocal critic of Haig's command, finally penetrated Turkish lines, captured southern Palestine and, as instructed by Lloyd George, took Jerusalem in time for Christmas, ending 400 years of Ottoman occupation. This third battle, similar in many ways to the contemporaneous fighting in France, is at the heart of this account, with consideration of intelligence, espionage, air-warfare, and diplomatic and political elements, not to mention the logistical and medical aspects of the campaign, particularly water. The generally overlooked Turkish defence, in the face of vastly superior numbers, is also assessed. Far from laying out and executing a pre-ordained plan, Allenby, who is probably still best remembered as T. E. Lawrence's commanding officer in Arabia, was flexible and adaptable, responding to developmentsas they occurred.


JOHN D. GRAINGER is the author of numerous books on military history, ranging from the Roman period to the twentieth century.
Prologue: To The Border

The Decision to Invade

The Hills of Judea