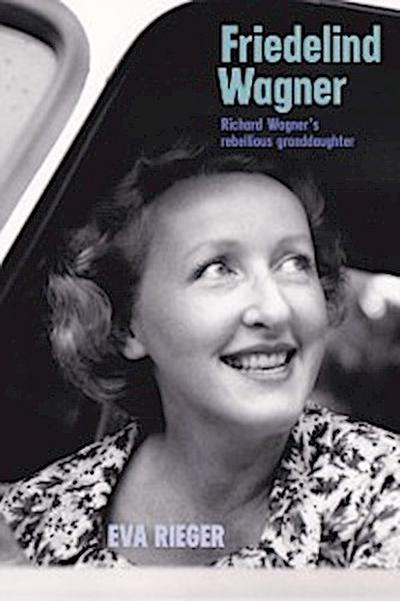 The first-ever biography of Richard Wagner's artistically gifted granddaughter who fought against Hitler's Germany but achieved no personal success for her troubles.
She was not the 'black sheep' of her family, as often claimed, but a heroic rebel. Friedelind Wagner (1918-1991), Richard Wagner's independent-minded granddaughter, daughter of Siegfried and Winifred Wagner, despised her mother'sclose liaison with Adolf Hitler and was the only member of the Wagner clan who fled Germany in protest. Although Winifred warned her that the Nazis would 'exterminate' her, should she continue her open opposition, she travelled toLondon and published articles pillorying the Nazi élite. All the same, her former proximity to Hitler & Co. made her suspicious in the eyes of the authorities, who promptly interned her. Even the British Parliament debated her fate. Only with the help of the world-famous conductor Arturo Toscanini was she able to gain an exit visa. Once she arrived in New York she broadcast, lectured and published against the Nazis, wrote an autobiography, and became friends with many other emigrants including singers who had themselves abandoned Bayreuth. After the war the Mayor of Bayreuth asked her to run the Festival, but she declined in favour of her brothers. They showed little gratitude, however, for after Friedelind returned to Germany in 1953 she found herself manoeuvred out of any role in the Festival management. She still made a remarkable effort to find a niche in post-war German society and culture, and did her best to cope with a family notorious for its intrigues past and present. Friedelind Wagner remained a staunch friend of artists such as Wilhelm Furtwängler, Frida Leider, Otto Klemperer, Erich Kleiber, Leonard Bernstein, WalterFelsenstein, Michael Tilson Thomas and many others.
Drawing on archival research in many countries, Eva Rieger has here written the first-ever biography of Richard Wagner's talented, artistic granddaughter who fought againstHitler's Germany, but achieved no personal success for her troubles. Her book gives many new insights into wartime and postwar musical life in Germany, Europe and the United States.

EVA RIEGER is a feminist musicologist and author of many books on music.

'It's precisely because I'm German that I'm not living in Germany'. The farewell. 1940

Schemes and setbacks. The 1970s