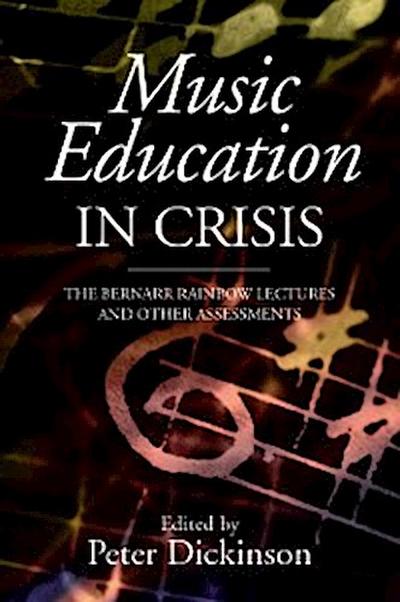 Seminal lectures on music education since the 1990s.
There is no question that music education is in crisis today. The place of music in the national curriculum is controversial; there have been cuts in the provision of individual lessons; and there have been severe reductions in government funding, with more planned.
This book, containing the first five Bernarr Rainbow Lectures, makes an important and timely contribution to the debate on music education. Baroness Warnock brings the perspective of a distinguished philosopher to bear on issues about the nature of music and its study; Lord Moser urges us to maintain and expand what has been achieved since World War II; the late Professor John Paynter, responsible for the 1960s surge in creative approaches to music teaching, presents his case in two contributions; John Stephens discusses structures for music teaching and then, in a second contribution, brings everything up to date; and Professor Gavin Henderson traces his own colourful career and supports music for all ages.

Also included is the 2005 Royal Philharmonic Society by the Master of the Queen's Music, Sir Peter Maxwell Davies; an assessment from Bernarr Rainbow himself, written late in his life; an indictment from Wilfrid Mellers; and two reviews of
Bernarr Rainbow on Music: Memoirs and Selected Writings, showing the continuing importance of his work fifteen years after his death.

This book is part of the series Classic Texts in Music Education, edited by Professor Peter Dickinson, and supported by the Bernarr Rainbow Trust.

Peter Dickinson is a British composer, writer and pianist and authorand editor of books on Lennox Berkeley, Copland, Cage, Barber and Berners.

1999 Music and the Imagination

2000 Music and Education: Towards a Non-Philistine Society

2001 Music in the School Curriculum: Why Bother?

2010 Two-Score Years and Then? Reflections and Progressions from a Life in Participatory Music and Arts

Music: The Breath of Life