A Tanner’s Worth of Tune 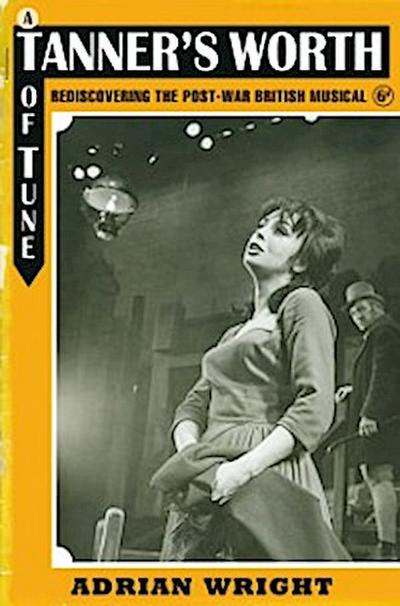 This book examines the progress of the British musical in the twentieth century as it struggled to find an identity, stepping out of the shadow of its American counterpart. With a wealth of contemporary photographs and memorabilia, it looks at the contribution of key figures - from Ivor Novello to Lionel - in lively and engaging prose.
A Tanner's Worth of Tune is the first book to be written on the post-war British musical, and the first major assessment of the British musical for a quarter of a century, reviving interest in a vast archive of musicals that have been dismissed to the footnotes of theatrical history. This timely reappraisal of the genre and its social background, before the "international" British musicals began appearing in the 1970s, argues for a radical understanding of the shows and their writers, and a rethinking of our attitude towards them.
The musical plays of Ivor Novello and Noel Coward - both pre- and post-war - are discussed in detail, as are the two composers who came todominate the 1950s, Sandy Wilson and Julian Slade, and the little school of
plein air musicals that threaded through that decade. The book brings together 'adopted' British musicals, discusses the rise and fall of the British "verismo" and the biomusical, whether of Dr Crippen or the Rector of Stiffkey, finally charting the collapse of the British musical's nationalism in the 1960s as witnessed by John Osborne and Lionel Bart. The book draws on Adrian Wright's lifelong passion for British theatre music, its writers, composers, performers and craftsmen. Provocative, idiosyncratic and unfailingly entertaining,
A Tanner's Worth of Tune makes a compelling plea for a rediscovery of an era of pleasures which have too long been forgotten.

ADRIAN WRIGHT is the author of Foreign Country: The Life of L.P. Hartley [(1996), John Lehmann: A Pagan Adventure (1998),
The Innumerable Dance: The Life and Work of William Alwyn [2008] and the novel
Maroon (2010). He lives in Norfolk, where he also runs Must Close Saturday Records, a company dedicated to British musical theatre.

Away from Home: Adopted British Musicals

To Whom it May Concern: The British Biomusical