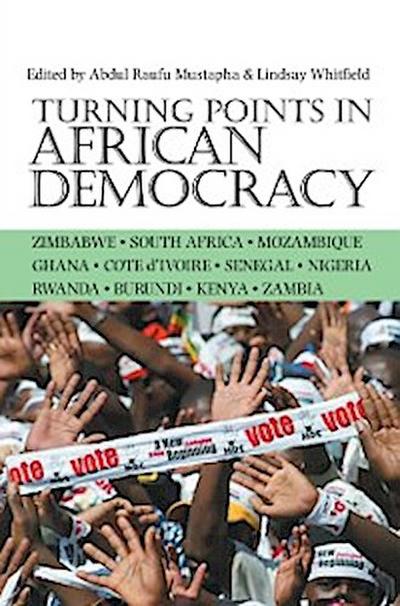 A team of scholars examine the radical political changes that have taken place since 1990 in eleven key countries in Africa.
Radical changes have taken place in Africa since 1990. What are the realities of these changes? What significant differences have emerged between African countries? What is the future for democracy in the continent?
The editors have chosen eleven key countries to provide enlightening comparisons and contrasts to stimulate discussion among students. They have brought together a team of scholars who are actively working in the changing Africa of today.Each chapter is structured around a framing event which defines the experience of democratisation.

The editors have provided an overview of the turning points in African politics. They engage with debates on how to study andevaluate democracy in Africa, such as the limits of elections. They identify four major themes with which to examine similarities and divergences as well as to explain change and continuity in what happened in the past.

Senegal since 2000: rebuilding hegemony in a global age - Tarik Dahou and Vincent Foucher

Cote d'Ivoire since 1993: the risky reinvention of a nation - Francis Akindes

Nigeria since 1999: a revolving door syndrome or the consolidation of democracy? - Abdul Raufu Mustapha

Kenya since 2002: the more things change the more they stay the same - Nic Cheeseman

South Africa since 1994: who holds power after apartheid? - Jeremy Seekings

Rwanda & Burundi since 1994: an end to the discriminatory state? - Patricia Daley

Zimbabwe since 1997: land & the legacies of war - Jocelyn Alexander

Conclusion: the politics of African states in the era of democratisation - Lindsay Whitfield and Abdul Raufu Mustapha