The Legend of Spring-Heeled Jack 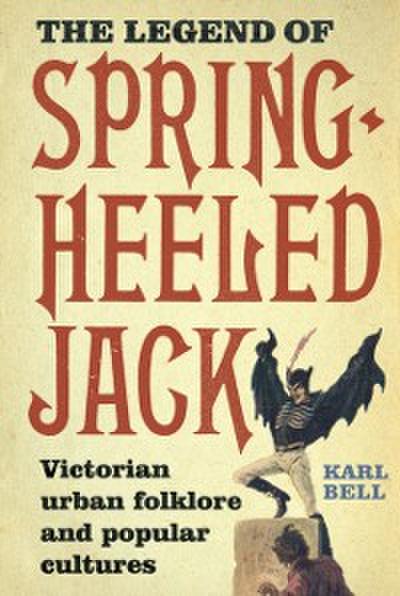 An intriguing study of a unique and unsettling cultural phenomenon in Victorian England.
WINNER of the 2013 Katharine Briggs Award

This book uses the nineteenth-century legend of Spring-Heeled Jack to analyse and challenge current notions of Victorian popular cultures. Starting as oral rumours, this supposedly supernatural entity moved from rural folklore to metropolitan press sensation, co-existing in literary and theatrical forms before finally degenerating into a nursery lore bogeyman to frighten children. A mercurial and unfixed cultural phenomenon, Spring-Heeled Jack found purchase in both older folkloric traditions and emerging forms of entertainment.

Through this intriguing study of a unique and unsettling figure, Karl Bell complicates our appreciation of the differences, interactions and similarities between various types of popular culture between 1837 and 1904. The book draws upon a rich variety of primary source material including folklorist accounts, street ballads, several series of "penny dreadful" stories (and illustrations), journals, magazines, newspapers, comics, court accounts, autobiographies and published reminiscences.
The Legend of Spring-Heeled Jack is impressively researched social history and provides a fascinating insight into Victorian cultures. It will appeal to anyone with an interest in nineteenth-century English social and cultural history, folklore or literature.

Karl Bell is Senior Lecturer in History at the University of Portsmouth.

The Legend of Spring-heeled Jack

The Cultural Anatomy of a Legend

Spring-heeled Jack, Crime and the Reform of Customary Culture

The Decline and Demise of Spring-heeled Jack